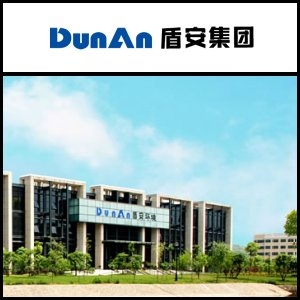 SHE:002011) has recently won the Greatest Growth Potential Award at the 2011 Reputation List of China Listed Companies event in China. Founded in 1987, the China-based company is a market leader in the manufacturing and sales of general refrigeration equipment and accessories. In recent years, DunAn has expanded its business to renewable energy, new material development and other areas. The Company successfully raised 966 million yuan through private placement last month to fund its projects in renewable energy system development, and nuclear power station heating, ventilation, and air conditioning integration.

HKG:0196) says that its wholly-owned subsidiary Sichuan Honghua Petroleum Equipment Corporation Ltd. will form a joint venture company with Gansu Huateng Petroleum Machinery Manufacturing Co., Ltd.. Sichuan Honghua will purchase some assets from Gansu Huateng for RMB 39 million, and own 70% of the equity interest in the joint venture, with the rest 30% to be owned by Gansu Huateng. The joint venture company will be principally engaged in manufacturing and marketing of special vehicles, fabrication and marketing of pressure pumps, oil exploration and production, mining and metallurgy, and other business.

JSD:8410), an Osaka Securities Exchange listed company, has received approval to list its shares on the Tokyo Stock Exchange on Monday, December 26, 2011. Seven Bank is a subsidiary of Seven & I Holdings Co. (