The December 2022 Quarter (Quarter) and the subsequent month of January 2023 have been eventful for both the energy sector and State Gas Limited (ASX:GAS) (OTCMKTS:STGSF).

State Gas Limited (ASX:GAS) (OTCMKTS:STGSF) is pleased to provide an update on a series of matters prior to the end of the 2022 calendar year.

State Gas Limited (ASX:GAS) (OTCMKTS:STGSF) is endeavouring to be as responsive as possible to energy market dynamics and so has formulated a strategic response to market signals.

The September 2022 Quarter (Quarter) and the subsequent month of October have been eventful for both the energy sector and State Gas Limited (ASX:GAS) (OTCMKTS:STGSF).

State Gas Limited (ASX:GAS) (OTCMKTS:STGSF) advises that drilling of the second lateral of the Rougemont-3 well has commenced.

State Gas Limited (ASX:GAS) (OTCMKTS:STGSF) is pleased to advise that it has attracted strategic investment from leading energy sector experts and undertaken an associated equity raising to help accelerate production from its east coast gas projects. 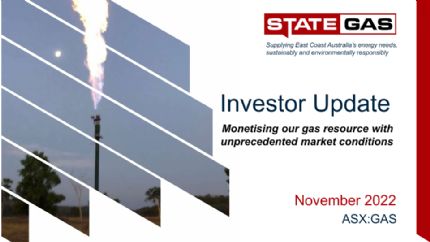 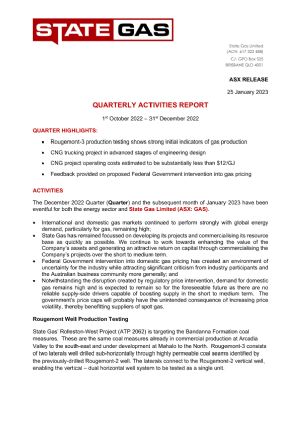 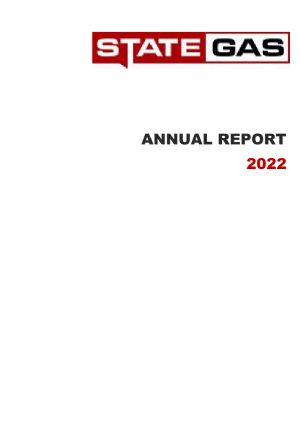