Sydney, Feb 10, 2009 AEST (ABN Newswire) - Overnight Wall Street ended slightly weaker as the market was subdued, awaiting the fate of the stimulus package which is being hotly debated in US Congress.

Today the National Australia Bank will release the monthly business survey for January, while the Manpower-Melbourne Institute Employment Report for February is also due.

BG Group (LON:BG) has launched a hostile A$796 million bid for Pure Energy Resources (ASX:PES). BG offered A$6.40 a share cash while Arrow Energy (ASX:AOE) has offered a friendly bid of A$2.70 cash and 1.21 Arrow shares for each Pure share.

Ports and rail operator Asciano Group (ASX:AIO) is carrying out impairment testing of its asset values but does not expect that any resulting charges will have a material effect on the company.

Crown Ltd (ASX:CWN) has booked a A$450 million writedown on its bets on the Las Vegas market. The writedowns take Crown's losses in Las Vegas to more than A$700 million over the past six months.

JB Hi-Fi (ASX:JBH) says its sales in January and February to date have met internal expectation and forecast another strong year despite the gloomy environment, after posting net profit for the first half of fiscal 2009 up 40.8 per cent.

Poker machine maker Aristocrat Leisure (ASX:ALL) is likely to book a net loss in fiscal 2008 of A$39 million, down from previous guidance of A$22 million.
Transfield Services Infrastructure Fund (ASX:TSI) has reported a 41 percent fall in first-half net profit and cut its dividend in a bid to pay down debt and conserve cash.

SAI Global Limited (ASX:SAI) today posted a 140.5% increase in net profit after tax for the six-month period ended on 31 December 2008. The business is focusing on newer and emerging markets within the expanding European Union, Asia and Latin America with growth in the areas of food safety, product certification and supply chain assurance.

Hudson Resources (ASX:HRS) continues to develop its attapulgite resources in Western Australia, current drilling program has proved up an Inferred Resource of some 23.4 million tonnes of attapulgite. An absorbent clay, uses include high-value agricultural and horticultural products.

Pluton Resources Limited (ASX:PLV) released the results from the 2008 phase 1 exploration drilling campaign on Irvine Island of WA with an initial inferred mineral resource of 13Mt at 54.4% iron. Results also indicate that future drilling can target 60-100Mt of iron mineralisation at grades ranging from 44-50% Fe. 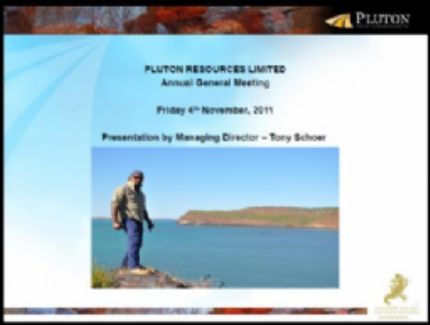