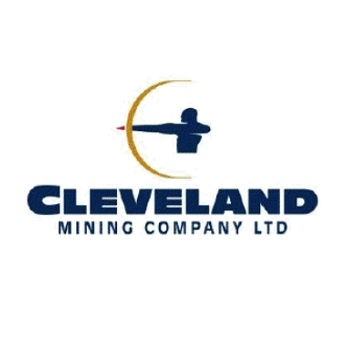 ASX:CDG) is pleased to provide details of a small private placement made to existing sophisticated shareholders. $AU1.075M was raised through the issue of 17.9M shares @ $0.06 per share. The placement was co-ordinated by the Company, thus keeping costs to a minimum. The Company targeted a raise of $1M and was delighted with the positive response to the raise from the very limited group of shareholders contacted. Funds will primarily be used to further the current drilling program, which is being undertaken to lift the resource base and associated mine life of the project as part of a process to re-finance the Company and increase the project value. As previously planned, the bulk of the drilling will be undertaken on the Dona Maria project, though further drilling is also planned for Metago, Mine Gate and Lavra project areas.

- $AU1.075M raised through private placement to existing sophisticated investors at $0.06 per share

- Drilling between Dona Maria and Dona Maria South has consistently intersected the mineralised structure over a strike of 1.7km, including the previously announced circa 40,000-ounce resource of Dona Maria and the high grade intersections recorded in initial drilling in the southern extremities of the proposed structure, including 1m @ 21.56 gram per tonne gold (g/t Au) from 94m*,

- Drilling is also planned to continue at other targets across Premier and O Capitão, including the Mine Gate prospect, Metago Open pit extensions and Lavra.

Funds raised are to partially replace funds that were expected, though not received in June. The Company has had significant interest demonstrated by a number of investor groups and is working with these groups and with Platinum Partners LP (the Company's Senior Secured Lender) to determine the optimum finance solution and structure.

Dona Maria's approximate 40,000 Oz# resource has been interpreted to represent less than 3% of the resource potential contained within the Dona Maria prospect area.

Dona Maria South represents the southern extension of the interpreted mineralisation trend along strike from the Dona Maria project. Initial drilling results provide significant confidence that the interpreted model is most likely accurate, which, if so, provides much enhanced mineral and resource potential.

Whilst further drilling is required to both confirm the extension and delineate resources, the initial results are extremely encouraging, due to:

- correlation with the Dona Maria resource and interpreted mineralised trend,

- the high gold grades intersected from the drilling at Dona Maria South, including 1m @ 21.56 gram per tonne gold (g/t Au) from 94m*,

- the fact that the holes have intersected what appears to be the unit and alteration which hosts the mineralisation located along 1,700m of strike from the known resource,

Cleveland's Managing Director, Mr David Mendelawitz said, "We are very encouraged by the response from the shareholders who participated in the raise. We were able to fill the book with three phone calls, and thus were able to execute very quickly and cheaply, which we see as a testament to the belief that our long-standing shareholders share in our view of the potential of the project. With the success of the initial drilling at Dona Maria and Mine Gate, along with the other areas of mineralisation that we have defined to date across the 24 km2 project area, we are confident that this drilling will take us several steps further forwards in demonstrating the value of this highly prospective project."

"We are, and have been for a long time, certain that we are in the right country and location due to its potential and the low unit cost base of the region. Combining what we continue to discover in the project with the increased interest in the gold sector, this a very exciting time for this emerging Company."

*Reported grades are peak grades and not representative of the average grade of the sampling program. Grades ranged from 0 to the peak grade. Insufficient data exists to assign an average grade to the geological unit at this stage. 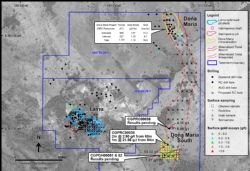