In economics news on Tuesday, the Australian Bureau of Statistics released data on retail trade and building approvals, both for June. Commonwealth Bank and the Australian Chamber of Commerce and Industry released their business expectations survey for the June quarter.

ASX:RIO) announced today that it will invest US$170 million to further expedite the development of its world-class Simandou iron ore project in south-eastern Guinea. The investment will optimise the mine design, mine infrastructure, rail system and port facilities, and enable further work on drilling operations. The announcement came after Rio signed a binding agreement with Aluminum Corporation of China Limited (

NYSE:ACH) last week, under which a joint venture will be established to develop and operate the Simandou iron ore project. Expected to start operations within five years, the project targets an initial annual production of about 95 million tonnes of high-grade iron ore, which will be largely used to satisfy strong demand from China.

ASX:HZL) has forged a strategic alliance with Asia's leading traditional Chinese medicine and integrated healthcare company Eu Yan Sang International (SIN:E02). Under the alliance EYS will enter the Australian health, beauty and natural health products market via Healthzone, and will access Healthzone's retail network in China. Meanwhile, Healthzone will expand its Asian operations via EYS' retail manufacturing and distribution network as an effort to accelerate its international growth in Asia, especially in the rapidly growing Chinese market.

ASX:CUX) advised that it has acquired an exploration prospect through the purchase of a private subsidiary of Global Geoscience Limited (

ASX:GSC). The prospect area, located approximately 400km north-west of Alice Springs, is in the vicinity of Crossland's existing Charley Creek Project where logistic support has well established, and therefore can be operated in a cost-effective way. The acquisition will see Crossland expand its exploration arms in the highly prospective region for uranium mineralisation. 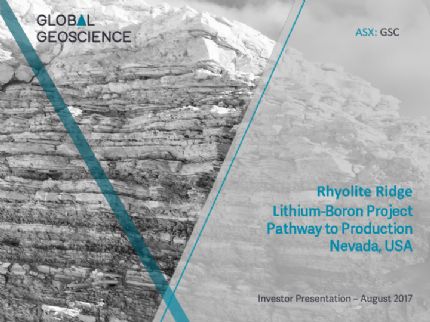