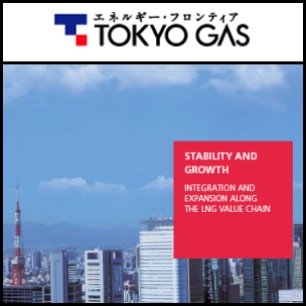 Tokyo Gas Co. (TYO:9531) has reached a basic agreement with British energy giant BG Group PLC (LON:BG) to join a project in Australia.
Sydney, April 1, 2010 AEST (ABN Newswire) - Wall Street overnight fell on the unexpected drop of the private sector employment data, which raised investors' concern over the key nonfarm payroll figures to be released on Friday. Asian markets were mostly lower Wednesday. Japan's Nikkei index closed slightly lower with a 0.1 per cent fall on the last day of the current fiscal year for most Japanese companies. China's Shanghai Composite and Hong Kong's Hang Seng Index both lost 0.6 per cent. Today China is due to release PMI figures for the manufacturing sector.

TPE:2317) as part of its effort to restructure its portfolio of factories amid the intense competition in LCD panel market. Sony will sell a 90 percent stake in its LCD TV assembly plant in western Slovakia to Hon Hai for an undisclosed sum by September, with Sony keeping the remaining 10 percent. The company will use the Taiwanese contract manufacturer to produce its televisions for the European market. Sony also will sell a small-sized LCD panel factory in western Japan to electric parts maker Kyocera Corp (

LON:BG) to join a project in Australia, which is described as the world's first project to extract and liquefy natural gas from coal seams. The Japanese gas distributor agreed to acquire a 1.25 percent interest in the reserves in some tenements of BG Group's Australian unit as well as a 2.5 percent equity interest in one of the firm's two liquefaction facilities.

HKG:0001), which owns 31.6 per cent of the firm, will transfer 15 per cent of its shareholding from Singapore to Hong Kong.

ASX:CSR) said Thursday it will start talks with China's Bright Food Group after the Chinese food producer raised its offer to buy the CSR's sugar arm by 17 percent to A$1.75 billion, including debt. But CSR also said there is no certainty that a deal will be struck. Bright Food is in a position to lodge an application with Australia's Foreign Investment Review Board immediately.