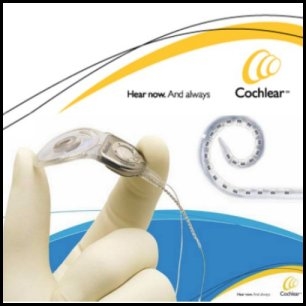 Hearing implant company Cochlear Ltd (ASX:COH) expects its net profit for fiscal 2010 to grow at least 15 per cent as it continues to roll out its new Nucleus 5 product. Its net profit after tax for the first half was A$75.25 million, up eight per cent on the prior corresponding period.
Sydney, Feb 10, 2010 AEST (ABN Newswire) - Australian shares fell on Tuesday led by financials sector as investors remained concerns over Europe's financial health. At the close, the benchmark S&P/ASX200 index was down 16.3 points, or 0.4 per cent, at 4505.1. The broader All Ordinaries index fell 18.1 points, or 0.4 per cent, to 4520.7.

The Dun & Bradstreet survey of business expectations for the upcoming June quarter showed that capital investment expectations reached an index of 10 and employment expectation rose to an index of five. Profit expectations were also on the rise.
Westpac-Melbourne Institute releases its survey of consumer sentiment for February. Australian Bureau of Statistics is set to release report on dwelling finance commitment for December.

ASX:GFE) will acquire African Petroleum Corp (APCL) (NIG:AP), a company incorporated in the Cayman Islands, which, on completion, will own the rights to two highly prospective oil and gas exploration blocks located in offshore Liberia, in a deal valued at approximately A$500 million. Global will acquire up to 100 per cent and no less than 95 per cent of APCL by issuing APCL shareholders 906,250,050 shares in the company, subject to Global shareholder approval in relation to the acquisition and the company successfully completing a capital raising of at least A$130 million and up to A$230 million.

ASX:AVJ) posted a net profit of A$3.2 million for the six months to December 31, compared to a loss of A$9.7 million in the prior first half. Chief executive Peter Summers said the return to profit reflected a total review of operations during 2009 and the current year remained challenging.

ASX:AWC) posted a full year loss of A$26 million for the year ended Dec. 31f, down from a profit of A$168 million in the prior year. But the company said the outlook for aluminum markets in 2010 was improving and underlined its more buoyant view by reinstating dividend payments.

ASX:COH) expects its net profit for fiscal 2010 to grow at least 15 per cent as it continues to roll out its new Nucleus 5 product. Its net profit after tax for the first half was A$75.25 million, up eight per cent on the prior corresponding period. The launch of new products and tight cost controls generated greater operating margins.

ASX:DJS) upgraded its profit guidance for fiscal 2010 to around 10 per cent from a prior forecast of up to 5%, reflecting an improvement in consumer sentiment. Chief Executive Mark McInnes said the company is "cautiously optimistic" about second half trading. The department store expects earnings to grow by 5%-10% in both the second half of 2010 and 2011.

ASX:BKN) reported a 26.4 per cent decline in first half profit as global financial crisis caused a significant drop in trading levels, particularly at the company's overseas operations. Its net profit was A$25.72 million for the six months ended December 31, down from A$34.93 million in the prior corresponding period. The company maintained its earnings guidance that EBITDA for 2009-10 was expected to be about A$10 million lower than in 2008-09.