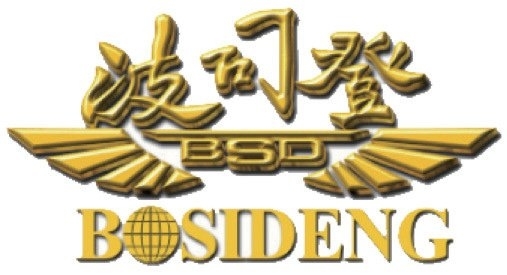 The "China Mask Award", one of the most notable branding awards in China, was presented to 25 Chinese enterprises with outstanding performances with respect to proprietary innovation and proven record in brand development. Bosideng has been the winner of this award for three consecutive years ever since the first China Brand Festival was held. In 2007 and 2008, Bosideng was named "The Role Model of Persistent Exploration" and "Industry Leader with Tremendous Strengths" respectively. The title of "Mature Invincible General" this year is a further recognition of Bosideng's market leading position.

On receiving these two honours, Mr. Gao Dekang, Chairman and Chief Executive Officer of Bosideng said, "We are delighted to receive these awards, which served as a recognition to Bosideng's achievements. As a trendsetter and industry leader, we focus on enhancing our brand value and look forward to expanding into the global market with the Bosideng brand. Looking ahead, we will continue to enhance the recognition of the Bosideng brand and further expand the Group's non-seasonal apparel business, develop the Group into a diversified apparel conglomerate with the Group's portfolio of brands, including 'Snow Flying', 'Kangbo', 'Bingjie' and 'Bosideng MAN'."
Issued by Porda International (Finance) PR Group for and on behalf of Bosideng International Holdings Limited.

Bosideng International Holdings Limited (the "Company", together with its subsidiaries collectively referred to as the "Group") is the largest down apparel company in the PRC. Its retail distribution network comprises 5,662 retail outlets covering more than 65 cities across the nation, selling down apparel under its six core brands including "Bosideng", "Snow Flying", "Kangbo", "Bingjie", "Shuangyu" and "Shangyu". Through these brands, the Group offers a wide range of down apparel products targeting various consumer segments, strengthening and expanding its leading position in the PRC down apparel industry. According to China Industrial Information Issuing Centre ("CIIIC"), in terms of sales in 2008, "Bosideng", "Snow Flying", "Kangbo" and "Bingjie" down apparel products achieved a combined market share# of 39.5% in the PRC.

"Bosideng" was the leading down apparel brand in the PRC for 14 consecutive years from 1995 to 2008, according to the CIIIC and the National Bureau of Statistics of China. To further optimize its product mix and increase profitability, the Group has gradually begun to implement a "non-seasonal product" development strategy. In September 2008, the Group opened its first non-seasonal apparel specialty store in Changshu; in May 2009, the Group acquired a menswear company and made its entry into the menswear business. In the same month, the Group formed a joint venture company to engage in the sales, promotion and development of an international brand "Rocawear" in the Greater China Region.
# Among the 30 largest down apparel brands