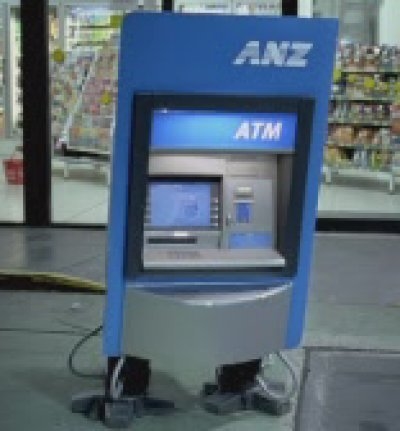 ANZ (ASX:ANZ) chief executive Mike Smith says he expects the bank's revenue to continue to rise, but has warned bad debt provisions will also increase. The company expected provisions to be around A$1.4 billion to A$1.5 billion over the coming half years.
Sydney, May 4, 2009 AEST (ABN Newswire) - Wall Street ended higher on Friday as investors have gained confidence on the back of improved company earnings reports and commodity prices, despite Chrysler's filing for bankruptcy on Thursday and the impact of swine flu.

Reserve Bank of Australia is expected to leave the interest rates on hold on the board meeting tomorrow. Economists anticipate that the official rates will be as low as 2 per cent by the end of year. But the market is worrying that any further rate cuts may just be swallowed by the commercial banks.

Lion Nathan Ltd (ASX:LNN) says it is the process of agreeing the detailed terms of an implementation agreement with Japan's Kirin Holdings Co (TYO:2503) to acquire 53.87 per cent of shares in Lion Nathan that it does not own. The agreement is expected to be finalised in the next week.

Orica Ltd (ASX:ORI) has posted a 1.8 per cent fall in net profit for the six months ended March 31 to A$220.4 million, due to the impact of one-off items. The company said it expected to see continued soft demand across most of its market segments in the short term, but keeps its guidance for full year earnings unchanged.

Macquarie Group Ltd (ASX:MQG) says it has raised A$540 million from institutional investors on Friday through a private placement of new equity. Macquarie on Friday booked A$2.5 billion in asset and loan writedowns for the 12 months to March, pushing net profit down 52 per cent to A$871 million.

ANZ (ASX:ANZ) chief executive Mike Smith says he expects the bank's revenue to continue to rise, but has warned bad debt provisions will also increase. The company expected provisions to be around A$1.4 billion to A$1.5 billion over the coming half years.

ANZ Bank (ASX:ANZ) said its head of Australian operations Brian Hartzer is leaving the bank to pursue a career in international banking. ANZ has appointed deputy chief executive Graham Hodges to step in to Mr Hartzer's role in an acting capacity.

Telstra (ASX:TLS) is expected to unveil appointment of a new chief executive to replace Sol Trujillo this week. Telstra has ruled out bringing in a chief executive from North America.

Sims Metal Management Ltd (ASX:SGM), one of the world's largest metal recycling companies, says its unaudited net profit for the first nine months of its financial year will be about A$79 million before writedowns.