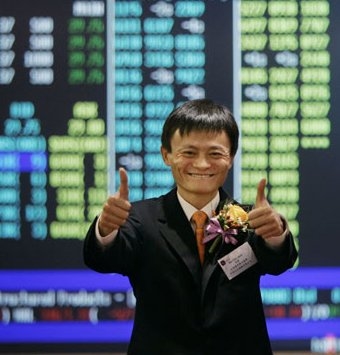 Tokyo stocks slid more than 3 percent on Monday after the news that U.S. government will take a large stake in Citigroup. South Korean stocks also made a weak start today, weighed down by the deepening financial jitters and the weakening local currency.

India's economy grew at the slowest rate in almost six years, 5.3% in the quarter ended Dec. 31, compared to 8.9% growth in GDP in the same period the year before and 7.6% year-on-year in the previous quarter, the nation's Central Statistical Organization said Friday.

The Hong Kong purchasing managers' index (PMI) increased to 40.6, a rise for third straight month. In November the index reached its lowest score of 38.8 in the survey's 10-year history. The index was below 50, which is dividing growth and contraction in business activity, for an eighth straight month.

Japan's average household spending declined by 69,509 yen from the previous year, the first decline in two years and the largest drop since 1977, according to a survey by Dai-Ichi Life Research Institute Inc. Japanese consumers appear to have reduced their spending on food items and dined out less amid the economy downturn.

Chinese steelmaker Baosteel Group, parent company of Baoshan Iron & Steel Co., Ltd (SHA:600019), said it would form a new joint venture with two domestic rivals in eastern Zhejiang Province. Baosteel will own 56.15 percent of the new company. The company and Hangzhou Iron and Steel Group Company together will restructure the Ningbo Iron and Steel Co. Ltd.

Honda Motor Co. (TYO:7267) is expected to cut its domestic output by more than 150,000 units in fiscal 2009, pushing Japanese production below 1 million vehicles for the first time in 14 years. Its domestic output will likely to settle at somewhere between 950,000 and 1 million units.

Japanese mobile phone operator Softbank Corp (TYO:9984) said on Monday it would redeem this month 50 billion yen in convertible bonds due to mature in 2015, at the request of bond holders.

Korea Electric Power Corp. (SEO:015760) cancelled two preliminary deals to develop uranium mines in the U.S. and Slovakia due to a plunge in the prices of the product. Last year the company signed a preliminary deal with the US based Yellowcake Mining Inc.(OTC:YCKM) to jointly work on the Beck mine in Colorado.