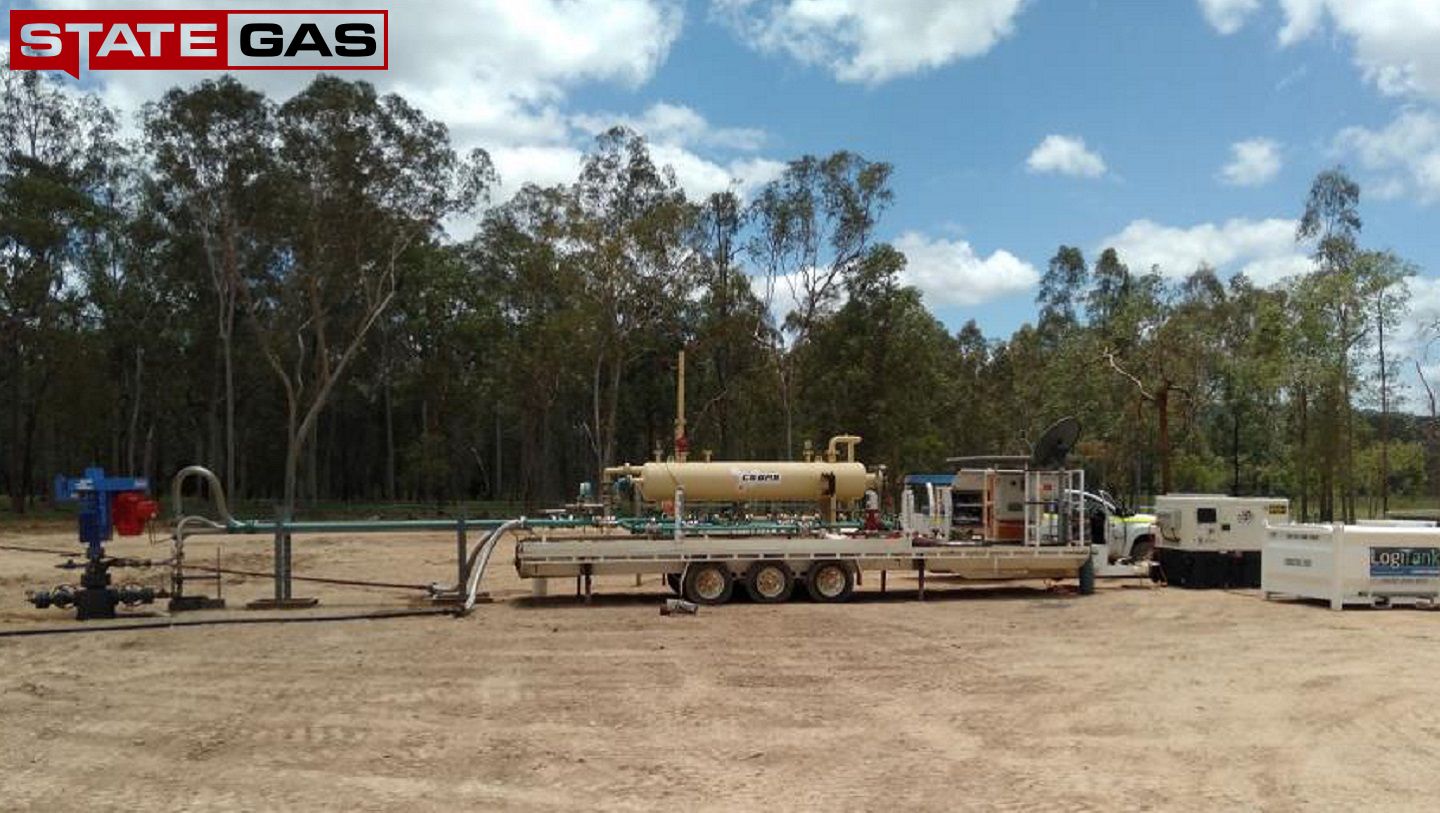 ASX:GAS); Production Log Testing (PLT) at Nyanda-4 has confirmed that in addition to gas production from coal seams between 400m and 1000m, gas is being successfully produced at Reid's Dome at depths below 1150m, well below the usual depths regarded as the limit for the production of coal-seam gas.

State Gas is appraising the coal seam gas potential of its 100% owned Reid's Dome Project at PL231. The coals at Reid's Dome extend to depths well below those usually regarded as productive. The particular geological features of the dome, as well as analogue wells elsewhere, led to the Company's hypothesis that the coal seams would produce gas from much deeper than is typical. This hypothesis has now been proved.

The Company has been production testing the Nyanda-4, Nyanda-7 and Nyanda-8 wells at Reid's Dome. Gas flow data from those tests strongly indicated that gas is being produced from the lower seams. To confirm that this is the case, the Company recently ran a PLT at the Nyanda-4 well.

The Nyanda-4 well intersected 40m of net coal, between 394m and 1177m, with the lowest coals positioned just above the bottom of the well at 1200m depth1. Both temperature logs and noise logs were acquired by the PLT to identify the zones from which the gas is being produced.

The PLT results demonstrated that good flows came from both near the top of the coals (with the top producing interval between 400m to 600m), and importantly, good flows from the bottom section of the well below 1150m.

The confirmation of gas production at greater depths is commercially important in confirming not just more productive zones in the Reids Dome Beds, but also a much larger productive area. The coal seams dip down away from the crest of the Dome; and if the depth cut off for productive coals is deeper a much more expansive area of the Dome can be expected to produce. This means significantly more gas reserves will be available to the Project than if the coals were limited to typical CSG depths.

"These results prove conclusively that we can produce economically at depths exceeding 1,000m naturally, unaided by any form of stimulation. We can now show that coals at these depths in Reid's Dome need to be included in assessments of the field's production potential, right down the full depth of the wells."

On completion of the PLT, Nyanda-4 was returned to production and is currently producing 138,000 scf/day. The Nyanda-7 and Nyanda-8 wells at Reid's Dome are producing 7,000 scf/day and 38,000 scf/day respectively. 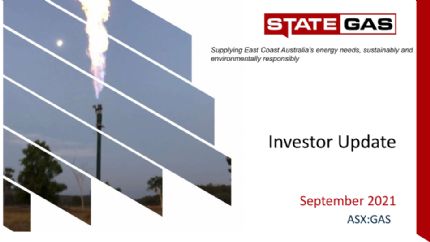