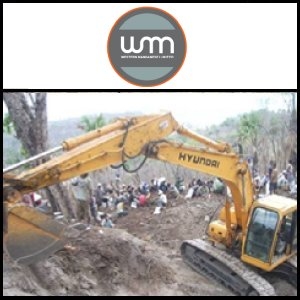 The 51% acquisition was executed through the issue of new shares in PT. Genesis Berkat Utama, with the consideration for the subscription totalling 104,100,000 Rupiah (AUD$10,410).

Subsequent to the end of quarter, WMN finalised the incorporation of a wholly-owned Indonesia subsidiary with foreign investment status (PMA) which directly holds the 51% of shares in PT. GBU.

Since the option was acquired by WMN in March 2012, PT. GBU has obtained a "clean and clear" certificate for its IUP production license and also completed all relevant environmental studies. As previously announced, a number of manganese boulders have been found on the tenement with results from five rock chip samples ranging from 41.4% to 55.3% Mn. A geomagnetic survey over 490 hectares of the tenement was carried out to identify a number of anomalies for follow up work.

During the quarter, the Company evaluated future plans for the tenement based on the environmental impact study and continued its community relations campaign in Toli-Toli, Sulawesi where the Genesis Project is located.

As announced on 15 November 2012, WMN entered into a Master Agreement to acquire up to 100% of four thermal coal tenements with a combined area of 5,000 hectares in Penajam Paser Utara, East Kalimantan (Penajam Paser Utara Project), subject to due diligence.

During the quarter, WMN completed its due diligence on the Penajam Paser Utara Project and decided not to pursue the transaction under the Master Agreement. The Company concluded that the potential coal in the project area did not justify further exploration work.

Under the Master Agreement, WMN were not required to pay any consideration to conduct due diligence on the Penajam Paser Utara Project.

Subsequent to March 2013 quarter, WMN entered into an exclusive Master Agreement to ultimately own 80% of the shares of PT. Persada Bumi Rawas (a company registered in Indonesia), which directly holds a 100% interest in IUP Exploration No. 540/307.19/Distamben dated 12 August 2009 and issued by Regent of Buol (Persada Tenement), subject to due diligence.

The Persada Tenement holds clean and clear status with 8 years tenure expiring on 12 August 2016, covers an area of 5,000 hectares in the Buol region of Central Sulawesi, Indonesia and is considered to be prospective for gold.

WMN has exclusive rights to explore and conduct due diligence for a period of 30 days. Over this period, WMN intends to implement an initial exploration program that includes follow-up stream sediment sampling of the two gold anomalies and a comprehensive stream sediments mapping exercise to identify the areas with the highest potential.

If WMN decide to pursue the transaction after completion of the due diligence, both WMN and the shareholders of PT. Persada Bumi Rawas shall execute the Share Subscription Agreement ("SSA"), which will govern the final terms and conditions of this transaction. The consideration of the proposed transaction is US$500,000 payable in three stages:

On 27 February 2012, WMN announced that Executive Chairman Christopher Clower paid $150,000 to exercise his entire tranche of 500,000 Director Options due to expire on 4 March 2013 into fully paid ordinary shares at an exercise price of $0.30 per share.

As part of a move consistent with taking WMN to the next level, WMN announced that Paulus Irawan moved from Non-Executive Director to Executive Director of WMN effective 19 January 2013, replacing Mr Colin Locke.

WMN continued its focus on evaluating additional tenements of strategic importance to expand the land area held. To date, some projects have met the criteria for WMN to continue past the review stage. This work is ongoing as WMN seeks to acquire further value accretive assets. 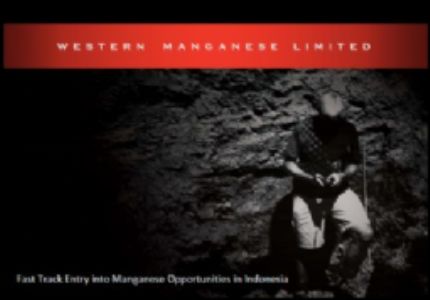