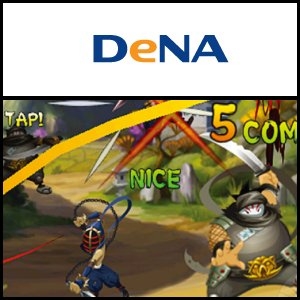 HKG:0777), a leading online game developer and mobile internet platform operator in China, have agreed to form a joint venture in the first quarter of 2012 to develop and operate mobile social games for the Chinese market. The joint venture company will localize non-Chinese social games, including a roster of DeNA Group's popular in-house and third party titles, for the growing smartphone market in China. The games will be available via NetDragon's app distribution platforms, which are widely used by smartphone users in China.

TYO:8002) have announced the extended mine of life for their jointly invested Huckleberry copper project in Canada. Regulatory approvals for the Main Zone Optimization Plan have been received, and the life of the project has been extended to 2021. Production is expected to maintain the current rate, at approximately 20,000 tonnes of copper per year. The project is 50% owned by the four Japanese companies, with the remaining 50% interest owned by Canadian company Imperial Metals Corporation (

TYO:8111), a Japan-based manufacturer of highest quality authentic sportswear and equipment says that it will invest 1,800,000 Swiss francs to establish a wholly-owned subsidiary in Switzerland, named "Goldwin Europe AG", as an effort to expand the Company's business in Europe. Regulatory approval has been granted for the new company, which is expected to commence operation on April 1, 2012.