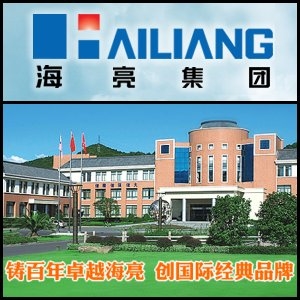 SHE:002203) is planning to invest RMB 2 billion to build a Education Park in Zhejiang Province, China. The Park will be the largest of its kind, encompassing 2 high schools, 2 junior high schools, 2 primary schools, 2 kindergartens and a child care centre. The Group will also look for opportunities to acquire at least three schools in major cities in China. Founded in 1989, with copper processing as its core business, Hailiang Group has rapidly expanded into real estate, education, machinery, and other diversified areas.

HKG:0956) says that its Guyuan Dongxinying 199.5 megawatt wind power project has received UN approval and registered as a Clean Development Mechanism project under the Kyoto Protocol. Suntien is a Chinese company specialised in the development of clean energy, such as wind power and solar power. The Company has successfully registered 10 Clean Development Mechanism projects in 2011, highlighting its continuous effort in emission reductions and sustainable development.

TYO:7974) says that sales of Nintendo 3DS remains robust, with nearly 3 million units already sold in Japan since it was launched in February 2011. Compared to its predecessor Nintendo DS, 3DS has a more appealing price and more new games to play with, the main reason that has lead to a better-than-expected sales volume in the Japanese market.

NYSE:WDC). The transaction is expected to finalise in March 2012.