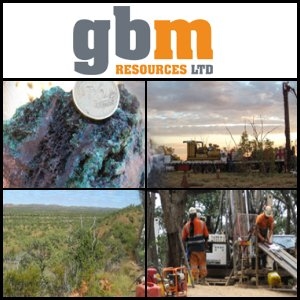 ASX:GBZ) reported significant results of copper, gold, silver, cobalt, molybdenum and uranium from the Milo Prospect at Brightlands Copper Gold Project in North-West Queensland. The company is currently progressing a ten-hole diamond drilling program on the Milo Prospect to provide the basis for a preliminary feasibility study in 2012.