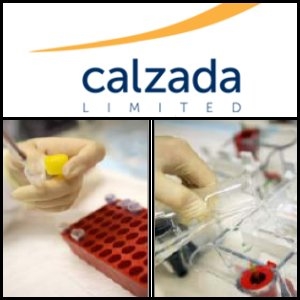 ASX:CZD) said today that its wholly owned subsidiary Metabolic Pharmaceuticals Pty Ltd had initiated an in vitro study into the effect of AOD9604 on human osteoblasts. AOD9604 performed positively in the study, demonstrating its ability to promote bone growth and to treat diseases such as osteoporosis. Calzada is seeking partnership with pharmaceutical and medical device companies to further develop AOD9604, either as a regulated drug through the traditional pharmaceutical development path or as a cosmetic or nutraceutical with a faster path to market.

ASX:NST) reported solid production and exploration at its Paulsens gold mine in Western Australia. In January, mining at Paulsens produced 5,957oz gold and gold sales reached 4,946oz, generating revenue of A$6.8 million. Paulsens also returned numerous significant gold intersections of up to 60g/t. The Company plans to announce resource update and new 2011 mine plan in the March Quarter.

ASX:LRS) has reached an agreement to acquire 14,068 hectares of world class Iron and Heavy Mineral Sands tenements at Guadalupito in Peru. The acquisition adds to the 2,218 hectares already controlled at Guadalupito by the Company's Peruvian subsidiary. Previous drilling at Guadalupito has demonstrated its potential for multi commodity project including Magnetite, Gold, Andalusite, Ilmenite, Zircon, Rare Earths and Tungsten.