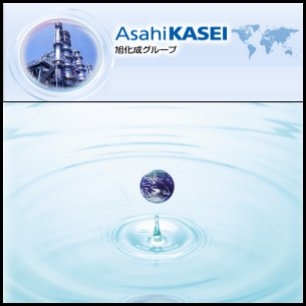 The talks between Asahi Kasei Corp. (TYO:3407) and Mitsubishi Chemical Corp. over the proposed consolidation of their ethylene production at the Mizushima industrial complex in Okayama Prefecture have been stymied due to demand recovery in China, said Nikkei.
Sydney, Feb 5, 2010 AEST (ABN Newswire) - The sovereign debt problems in Europe and the disappointing US jobs data sent Wall Street shares tumbling sharply on Thursday. Dow Jones Industrial Average fell below the crucial 10,000 points mark with a 268 points drop, while Nasdaq plunged 2.99 per cent. Worries over the ability of Greece, Portugal and Spain to pay their debts pushed investors to the safe-haven U.S. dollar. The US dollar and yen were boosted, with the greenback rose to an eight-month high against the euro.

The talks between Asahi Kasei Corp. (

TYO:3407) and Mitsubishi Chemical Corp. over the proposed consolidation of their ethylene production at the Mizushima industrial complex in Okayama Prefecture have been stymied due to demand recovery in China, said Nikkei. Asahi Kasei has become less eager to cut back on its production capacity as China saw an upturn in demand for petrochemical products.

NYSE:KEP) Thursday said they have signed a deal to jointly develop the Imouraren mine in Niger. KEPCO will take an indirect 10% stake in the Imouraren SA mining company, jointly owned by Areva and Niger's government.

TYO:6758) posted a sharp increase in net profit in the October-December quarter to 79.2 billion yen, compared with a 10.4 billion yen profit in the same period a year earlier. The better-than-expected result was largely due to a 44% jump in PlayStation 3 game console sales. For the full year ending March 31, Sony narrowed its net loss forecast to 70 billion yen from a loss of 95 billion yen in its previous outlook.

SEO:001440) said on Thursday it raised about 400 billion won from the sale of its stake in Italian cable maker Prysmian SpA (BIT:PRY) to improve its financial base. The 9.9 percent stake in Prysmian was sold to overseas institutional investors in a block deal.

HKG:0992) reported a much better than expected third-quarter net profit helped by its cost controls and robust sales in its rapidly expanding home market, after it changed its strategy to focus on China and other emerging economies. Its net profit for the three months ended Dec. 31 was US$79.5 million, compared with a net loss of US$96.7 million a year earlier.