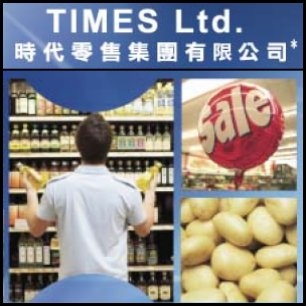 Times Ltd. ( HKG:1832) said China's anti-trust bureau has approved the HK$4.87 billion bid to take over the Chinese supermarket chain by the South Korean retail group, Lotte Shopping Co. ( SEO:023530). The acquisition will add 53 hypermarkets and 12 supermarkets in the eastern Chinese province of Jiangsu to Lotte Shopping's existing operations in China.
Sydney, Dec 17, 2009 AEST (ABN Newswire) - US stocks closed mixed overnight as the market wobbled after the US Federal Reserve decided to maintain its interest rates at record low to support the subdued recovery. The central bank's upbeat outlook of the economy has led to speculation about a faster interest rate rise.

Most Asian markets closed lower on Wednesday following the fall on Wall Street. But Japan's Nikkei was higher led by banks, as Basel Committee on Banking Supervision has agreed a delay for at least 10 years in the introduction of stricter capital requirements.

The US Federal Reserve's upbeat outlook boosted the US dollar. Today Japanese exporters are likely to advance on the greenback's strength against the yen. The Australian dollar has opened slightly higher after the US Federal Reserve kept interest rates there on hold.

Japan's third largest steel maker, Sumitomo Metal Industries Ltd.(TYO:5405), said Wednesday it will start selling steel sheets for automobiles in India and market the products under its own brand name to Japanese automakers operating in India. The Japanese company is also considering entering into a joint venture with Bhushan Steel (BOM:500055) of India. Bhushan plans to build a new steel plant in West Bengal state in eastern India that will cost 200 billion rupees and Sumitomo may buy a 26-40 percent stake in the venture.

Talks between a Japanese consortium and Iraq on development of the Nassiriyah oil field may fall apart as the Iraqi side has been gradually losing hope after prolonged disagreements about conditions, a senior official of Japan's Ministry of Economy, Trade and Industry said Wednesday. The Japanese consortium is led by Nippon Oil Corp. (TYO:5001) and including energy producer Inpex Corp. (TYO:1605) and plant maker JGC Corp. (TYO:1963).

China Airlines Ltd. (TPE:2610) said it expects to return to profit next year after a fourth full year in the red in 2009. The carrier is likely to report a profit for each of the last three months of the year, helped by an overall recovering demand. But the loss made in the first three quarter of 2009 will still result in a full year loss. China Airlines posted a net loss of NT$4.99 billion for the January-September period and a 27% drop in revenue to NT$70.63 billion.

Singapore budget carrier Tiger Airways, 49 per cent owned by Singapore Airlines (SIN:C6L), plans to raise a smaller-than-expected S$200-250 million in its upcoming IPO, said sources familiar with the deal. The downsizing of Tiger's planned IPO is largely due to investor concerns about the airline industry. Separately, Singapore Airlines, the world's largest airlines by market value, said Wednesday it will adjust its route network in coming months as the operating environment remains challenging.