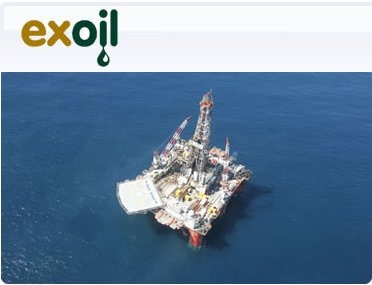 Exoil has a 16.75% interest in WA-342-P where Cornea is located, subject to shareholder approval.

Cornea is a known oil and gas discovery.

The objectives of Cornea-3 are:

- to acquire better formation pressure measurements and formation fluid samples with an MDT tool, including possible flow test from a dual packer MDT.

- to apply the data from the Cornea-3 well to evaluate the potential commerciality of the field and to underpin a field development plan, if found appropriate.

We consider Cornea-3 to be a relatively low risk play to assess the hydrocarbon potential of a known accumulation.

Further updates will be provided as drilling progresses.

The Permit WA-342-P is located within the Browse Basin, on the border of the Prudhoe Terrace and the Yampi Shelf, south of the Heywood Graben. The Ichthys and Echuca Shoals gas accumulations lie nearby to the northwest of the permits, the Caspar 1A and Gwydion-1 wells in the south are non-commercial oil and gas discoveries.

Permit WA-342-P contains the Cornea oil and gas field which was discovered in 1997 by Shell Development Australia (Shell) with the drilling of the Cornea-1 well. The well was drilled on an unfaulted drape anticline over a basement high and discovered a gas cap and an oil leg.

Over the following two years Shell conducted further drilling of the Cornea South, Central and North closures that included nine wells and two sidetracks, of which two wells did not reach their intended target and had to be sidetracked or re-spudded. As well as wireline logging, conventional core was obtained in Cornea-2ST1 and Cornea South-1 wells. The glauconitic and argillaceous nature of the reservoir sands inhibited evaluation using conventional logging tools. Shell defined several reservoir sand units.

Shell was able to define the gas oil contact for the Cornea Field from sonic and density logs. However, evaluation of the oil leg proved problematic, as resistivity logging was affected by the glauconitic and argillaceous nature of the reservoir and the poorly consolidated reservoir sands affected good formation pressure readings.

Shell estimated the free water level for Cornea-1 and Cornea-1B, based on poor pressure data that was not considered reliable. They were not able to define the thickness of the transition zone between oil and water in Cornea Central.

Re-evaluation of the Shell data set by the Cornea Joint Venture has included reprocessing of 1,000km2 of the Cornea 3D and has indicated that significant oil resources may exist within the better quality sand units that could be developed with multi lateral, horizontal wells. Before such a development can be considered, the production flow rates of these reservoirs need to be proved, as do the location of the transition zone and free water level.

The purpose of drilling Cornea-3 is to acquire modern, high quality nuclear magnetic resonance (NMR) logs to obtain more accurate information on reservoir porosity, especially productive porosity and permeability, as well as hydrocarbon saturation and the location of the transition zone and free water level. The acquisition of better formation pressure measurements and formation fluid samples with a modular formation pressure tester tool ("MDT tool"), including possible flow test from a dual packer MDT are planned.

For the complete Exoil Limited ASX Announcement and figures, please click the link below:

The Company is involved in oil and gas exploration and its related activities. Exoil Limited is listed on the National Stock Exchange of Australia (NSX) under the NSX code of EXX.