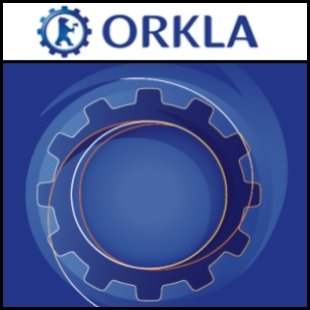 Norwegian conglomerate Orkla (OSL:ORK) said it was in talks about a silicon supply deal with Japan's Mitsubishi (TYO:8058) but denied a newspaper report that the metal unit of Orkla had already signed a six-year, 1.5 billion crown contract with Mitsubishi.
Sydney, Dec 8, 2009 AEST (ABN Newswire) - Wall Street closed flat overnight after Federal Reserve Chairman Ben Bernanke said the interest rate would be hold at low for an extended period due to the subdued economy and low inflation.

Tokyo and Seoul shares opened lower this morning after a flat lead from Wall Street. Asian markets closed mixed on Monday. Asian exporters were higher on stronger US dollar. Japan's Nikkei index jumped 1.5 percent to a six-week closing high, while Seoul and Taiwan Stocks also gained on hope of a recovery in US economy.

AsiaInfo Holdings (NASDAQ:ASIA) will acquire rival Linkage Technologies International Holdings for US$733 million in cash and stock to become the leading provider of software and services to the China's telecommunications sector. Chinese IT company Linkage Technologies canceled its initial public offering on Monday after agreeing the deal with AsiaInfo.

Norwegian conglomerate Orkla (OSL:ORK) said it was in talks about a silicon supply deal with Japan's Mitsubishi (TYO:8058) but denied a newspaper report that the metal unit of Orkla had already signed a six-year, 1.5 billion crown contract with Mitsubishi.

Mitsui Sumitomo Insurance Co. (TYO:8725) plans to reinforce its tie-up with China Pacific Insurance (Group) Co., China's third-largest insurer, through a capital contribution to expand its presence in the Chinese market. Mitsui Sumitomo will contribute US$65 million in capital on the leading Chinese insurer's debut on the Hong Kong stock market on Dec. 23. China Pacific Insurance's initial public offering in Hong Kong could fetch as much as HK$25.9 billion.

Heineken NV (AMS:HEIA), the world's No.3 brewer, has reached an agreement with United Breweries Limited (BOM:532478) that allows the Dutch brewer to brew and sell its own brand of beer in India. Heineken has agreed to buy APB India from Asia Pacific Breweries Ltd (APB), its joint venture with Fraser and Neave (SIN:F27), and transfer it into UBL, in which it has a stake. Heineken and UBL, India's largest brewer, would seek to develop the Heineken brand throughout India.

Hyundai Motor Co. (SEO:005380) plans to increase manufacturing capacity in China by 60% over the next three years. Hyundai's plans include a fifth plant in China, scheduled to open by 2012 and an increase of manufacturing capacity at its four existing plants in China by 20% next year to a combined 940,000 vehicles annually. Hyundai's China sales for its main brand grew about 80% in the first ten months this year, and Kia sales grew about 55%, both faster than the overall market.