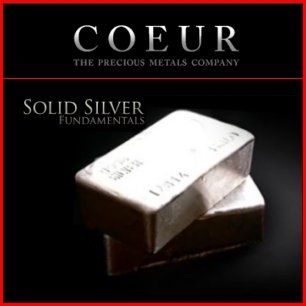 Coeur d'Alene Mines Corporation (ASX:CXC) today announced record silver production of 5.2 million ounces during the third quarter of 2009. This record production represents an 86% increase compared to last year's third quarter and was driven by Coeur's two new large mines in Mexico. Gold production increased 222% to nearly 29,000 ounces. The company also reported record quarterly revenue of US$89.9 million, a 146% increase over last year's third quarter revenue.
Sydney, Nov 10, 2009 AEST (ABN Newswire) - US stocks overnight closed at a new high for the year as the G20 finance ministers and central bankers pledged to keep stimulus measures until a recovery was certain. Dow jumped more than 200 points for the session, with 29 of the index's 30 components finished in the green.

The Australian market opened stronger today after Wall Street's rally. Yesterday the local shares closed firmer, buoyed by positive corporate news and a A$11 billion takeover proposal for AXA Asia Pacific. The benchmark S&P/ASX200 index was up 80.9 points, or 1.76 per cent, at 4674.9, while the broader All Ordinaries gained 82.1 points, or 1.78 per cent, to 4686.5.

The Australian dollar continued it rising streak today due to weakness in US dollar and soaring gold price. Overnight it traded over 93 US cents in offshore session. Analysts expect the Aussie dollar could remain strong as the equity markets rallies may increase investors' appetite for riskier assets.

The latest Dun & Bradstreet business expectations survey shows that expectations for investing in capital are at the highest level in 10 quarters, registering an index level of eight points. But it also showed employment expectations had fallen, reaching a negative index of minus one.

Today the National Australia Bank will publish its monthly business survey for October.

BC Iron (ASX:BCI) and Fortescue Metals(ASX:FMG) have secured the first off-take agreements for the Nullagine joint venture (NJV), which include US$50 million in pre-payments to be used for project finance. The off-take agreement, with a Hong Kong-based industrial and trading company, is for 20 million tonnes of iron ore to be supplied during the next 8.5 years.

Insurance Australia Group (ASX:IAG) says its 2009 results were encouraging and reaffirmed full year guidance. If operating conditions experienced in the first quarter continued, IAG would expect to deliver an insurance margin towards the upper end of its nine-11 per cent guidance for the 2010 financial year.

ANZ Banking Group (ASX:ANZ) is to offer convertible preference shares to raise A$750 million in tier one capital. The offer forms part of ANZ's diversified redemptions and notices of redemption totaling approximately A$1 billion over the past six months.

Fairfax Media's (ASX:FXJ) earnings before interest, tax, depreciation and amortisation (EBITDA) fell 15 per cent in the first four months of the current year from a year earlier. Chief executive Brian McCarthy said the mood among advertisers is improving. The company expects modest earnings growth in the second half of 2010, compared with the same period last year.