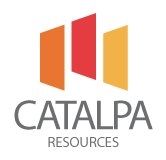 Lion Selection would merge with gold miners Catalpa Resources (ASX:CAH). The merger would create a gold producer with output of about 130,000 ounces a year.
Sydney, June 25, 2009 AEST (ABN Newswire) - Overnight in the US market, the Dow index tumbled for the fourth day but other indexes rose. The Federal Reserve said the economy was unlikely to have notable recovery any time soon, but the contraction pace was slowing.

The Australian shares Wednesday closed slightly higher ahead of the US Federal Reserve's monetary outlook meeting. The benchmark S&P/ASX200 index gained 10.1 points, or 0.27 per cent, at 3807 points, while the broader-based All Ordinaries index rose 9.2 points, or 0.24 per cent, to 3802.2 points.

The International Monetary Fund (IMF) has upgraded its outlook for Australia. The IMF forecasts Australia's gross domestic product to contract 0.5 per cent this year compared with a 1.4 per cent contraction forecast in April. IMF expects the country's economy should rebound to about 1.5 per cent next year helped by government stimulus spending. IMF also cautioned that the central bank should be careful about raising rates given the still fragile state of the global economy.

The Foreign Investment Review Board has advised the Canada-based Viterra Inc.(TSE:VT) that there are no objections to its proposed A$1.6 billion takeover of ABB Grain Limited (ASX:ABB). The transaction remains subject to other regulatory, shareholder and court approvals, as well as other conditions, ABB and Viterra said in a joint statement.

Mining fund Lion Selection (ASX:LST) plans to sell its stake in Newcrest's (ASX:NCM) Cracow gold mine in Queensland for about A$35 million in scrip, and list its remaining, non-gold assets on the National Stock Exchange. After spinning off its non-gold assets, Lion Selection would merge with gold miners Catalpa Resources (ASX:CAH). The merger would create a gold producer with output of about 130,000 ounces a year.

Dubai-based consumer foods group IFFCO is understood to be on the list of bidders with strong interest for food manufacturer Goodman Fielder Ltd's (ASX:GFF) commercial fats and oils business. Goodman is seeking between A$300 million and A$400 million for the business.

Commonwealth Bank of Australia Ltd (ASX:CBA) is in talks with Bank of South Pacific (BSP) on the potential sale of its banking and insurance businesses in Fiji. BSP has made an indicative non-binding offer and is about commence due diligence, CBA said in a statement.

Allco Equity Partners (ASX:AEP) shareholders have overwhelmingly voted for proposals of a A$60 million capital return and name change to Oceania Capital Partners. The company code will also be changed to OCP, from AEP.

Transfield Services (ASX:TSE) said in a statement today it has been awarded a ten-year contract with a value of approximately NZ$1 billion for telecommunications field services with Chorus, the fixed voice and broadband network division of Telecom New Zealand.

Ten Network Holdings (ASX:TEN) said its earnings before interest, tax, depreciation and amortisation fell to $9.1 million for the three months to May 31, more than 76 per cent below the A$38.2 million recorded a year earlier.

Bauxite Resources Limited (ASX:BAU)(PINK:BXRDF) has cleared the last hurdle prior to receiving the placement proceeds for a A$9.85m share placement from, the Shandong Provincial Bureau of Geology and Mineral Resources ("SDGM") reinforcing SDGM's confidence in BRL's ability to develop its extensive Darling Ranges land holdings into a profitable long-term bauxite production and export business. 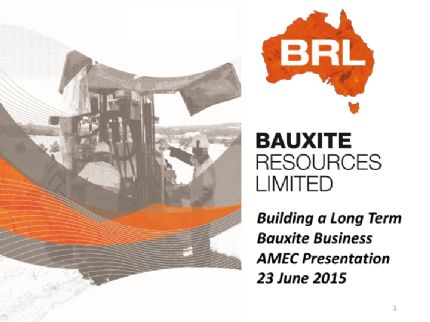