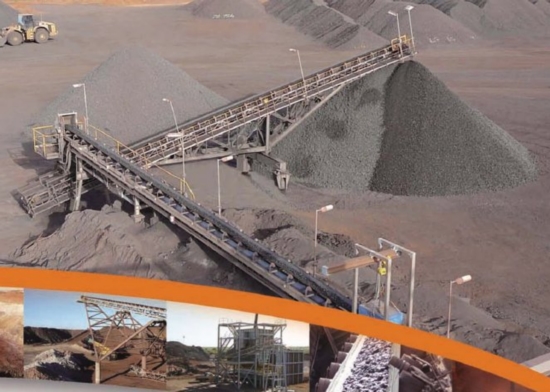 Diversified commodity marketing, metals and mining house OM Holdings Limited (ASX:OMH) has outlined further details of a significant new production strategy for its Australian manganese operations at Bootu Creek in the Northern Territory.
Sydney, May 28, 2009 AEST (ABN Newswire) - US stocks tumbled overnight as a sharp rise in the 10-year US Treasury bond yield fuelled concern over the economic outlook. The market was also weighed down by the news General Motors was moving further towards bankruptcy.

The Australian share market yesterday closed slightly higher with a good lead from Wall Street. The benchmark S&P/ASX200 index gained 12.7 points, or 0.3 per cent, at 3801.1, while the broader All Ordinaries index rose 13.7 points, or 0.4 per cent, to 3795.3. There was a sell-off in late trading as investors drew cash to participate ANZ's capital raising.

A survey by Department of Education, Employment and Workplace Relations shows that skilled vacancies dropped 7 per cent in May, following an 8.9 per cent decline in the April reading of the index. It was the 18th consecutive month of falls, bringing the index 62 per cent lower than a year ago.

Australian Bureau of Statistics data shows the amount of construction work in Australia fell nearly 4 per cent in the March quarter.

OZ Minerals (ASX:OZL) has won approval from Australia's Foreign Investment Review Board to sell its Martabe project to China Sci-Tech Holdings (HKG:0985). The proposed sale is worth $US211 million.

Roc Oil (ASX:ROC) said it has sold a 10% stake in oil and gas joint venture project Basker Manta Gummy (BMG) to Indonesia's Pertamina Hulu Energi for US$31.5 million. Through subsidiary Anzon Australia Pty Ltd., ROC will still retain a 30% interest in the project, and will remain its operator.

BC Iron (ASX:BCI) says it has struck a deal with Fortescue Metals Group (ASX:FMG) to ship ore to port over Fortescue's railways.

Life Insurer Tower Australia Group (ASX:TAL) posted a 13% increase in underlying profit to A$38.2 million for the six months ended 31 March, compared to A$33.9 million in corresponding period last year. The company said its core life insurance business had performed strongly during the six months with new individual life business sales growing 24% ahead of the same period in 2008.

Australian engineering company Monadelphous Group (ASX:MND) has secured a A$170 million contract with Woodside Petroleum (ASX:WPL) for major works associated with the A$12 billion Pluto LNG Project in the north west of Western Australia.
Shares in Ausenco (ASX:AAX) have been placed in a trading halt pending an announcement about a capital raising. The halt will be lifted when the announcement is made.

Regional pay television provider company Austar United Communications (ASX:AUN) expects its earnings before interest, tax, depreciation and amortisation to grow by between 10 per cent and 15 per cent this year.

An initial resource of 171.7 million tonnes has been announced for the underground coal gasification (UCG) project being developed by MetroCoal Limited in the Surat Basin northwest of Brisbane. MetroCoal, an 84% owned subsidiary of, Metallica Minerals Limited (ASX:MLM).