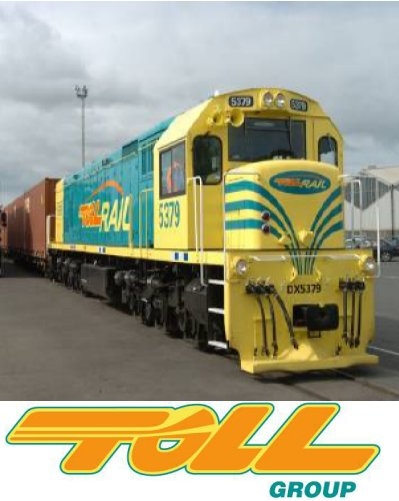 Toll Holdings (ASX:TOL) said today it had agreed to buy the 49 per cent of China's ST-Anda Logistics that it doesn't already own from China Merchants Group. The price of the deal is not disclosed.
Sydney, May 6, 2009 AEST (ABN Newswire) - Overnight Wall Street closed slightly lower as investors were cautious ahead of US government's stress tests of the 19 banks and key employment reports of April.

Treasurer Wayne Swan said the federal Budget would be in the red a longer period of time than expected. It is reported that the Budget would remain in deficit for at least six years and the 2009/10 deficit would be approaching A$70 billion.

The Reserve Bank of Australia (RBA) left the official cash rate unchanged at 3 per cent yesterday, in line with the market expectation. The central bank believed that the effect of recent monetary policy was yet to be observed.

Today National Australia Bank will release its survey of small and medium enterprises in the March quarter. The Australian Bureau of Statistics releases data on retail trade and international trade in goods and services for March.

Toll Holdings (ASX:TOL) said today it had agreed to buy the 49 per cent of China's ST-Anda Logistics that it doesn't already own from China Merchants Group. The price of the deal is not disclosed.

APN News & Media (ASX:APN) said the company's net profit after tax (NPAT) for the year to December 2009 would be up to A$20 million, lower than the previously anticipated A$120 million.

West Australian Newspapers Holdings (ASX:WAN) has posted a modest rise in net profit for the March quarter. WAN's reported after tax earnings rose 5.2% to $77.7 million for the nine months to March 31, compared to the same quarter last year.

Westpac (ASX:WBC) has booked a 1.2 per cent fall in first half net profit to A$2.175 billion, down from A$2.202 billion last year. It is because a sharp rise in bad loans offset higher earnings generated from its acquisition of St George Bank. Westpac also reduced its interim dividend by 20 per cent to 56 cents per share from 70 cents in the previous first half.

Suncorp Metway (ASX:SUN) plans to split its lending arm into a "good bank" and "bad bank" to quarantine its exposure to A$14 billion of souring commercial property and loans to big business.

Bluescope Steel (ASX:BSL) said its A$1 billion-plus co-generation project to lower greenhouse gas emissions had been delayed, due to the uncertainty of the costs associated with the government's emissions reduction scheme and the impacts of the financial crisis.

Department store David Jones (ASX:DJS) says its third quarter sales fell 9.2 per cent to A$411.6 million for the third quarter ending April 25, down from A$453.3 million in the previous corresponding period. David Jones has reaffirmed its profit guidance for the second half and full year.