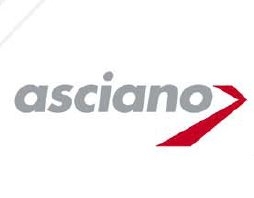 Asciano Group (ASX:AIO)
Sydney, April 21, 2009 AEST (ABN Newswire) - US shares slumped overnight despite the Bank of America posted a US$4.2 billion profit in the first quarter. Investors feared the profitability of banks may not be sustainable amid signs that the weak economy and growing unemployment would hit the credit market.

Australian Bureau of Statistics said the Producer Price Index declined 0.4 per cent from the previous quarter and rose 4.0% on year. The index fell for the first time in almost six years due to building construction, petroleum refining and dairy product manufacturing prices easing.

Today the Reserve Bank of Australia will release the minutes of its April 2009 board meeting and interest rate decision.

Marketing company BlueFreeway (ASX:BLU) said yesterday it had entered into an agreement with its 73 per cent shareholder Independent Print Media Group, which is offering A$0.04 per share for the 27 per cent of BlueFreeway interest it does not own. BlueFreeway spokesman said the earliest the company could de-list was late June.

Asciano (ASX:AIO) said it was evaluating a range of takeover proposals and would shortlist some of them to provide binding offers after granting them due diligence. The company is continuing to target the end of June for the announcement of a transaction.

National Australia Bank (ASX:NAB) is set to close at least eight branches in Victoria as part of a new cost-saving program. One of the main reasons for the closing is because customers move to internet and telephone banking.

Wesfarmers Ltd (ASX:WES) says its Coles supermarket turnaround is on track, as total food and liquor sales rose 7.6 per cent to A$5.3 billion for the quarter to March. Wesfarmers said Kmart was another division which the company was working to turn around.

Automotive Holdings Group (ASX:AHE) has reported a profit of A$11.1 million for the quarter ended March 31. The vehicle retailer reported a loss of A$1.8 million during the first half.

Pacific Brands (ASX:PBG) says it has extended the maturity profile of its debt facilities. The first tranche of its existing debt has been extended from August 21, 2010, to January 1, 2011, by when that tranche would be repaid fully. Pacific Brands said all its existing lenders had agreed to the extensions.

Boart Longyear (ASX:BLY) says its revenues for 2009 are expected to be 35-45 per cent lower than the record level achieved in 2008. The EBITDA margin percentage for 2009, before restructuring charges, is likely to be between 11-13 per cent.

Gaming machine maker Aristocrat Leisure (ASX:ALL) expects a disappointing first-half net profit between A$40 million and A$50 million. The company also is seeking to raise up to A$275 million through a share sale.

Commonwealth Bank (ASX:CBA) said it will raise its interest rates on fixed rate mortgages by between 20 basis points and 45 basis points, starting today.