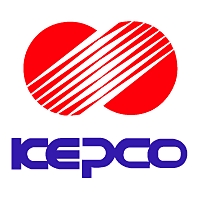 Japan's Ministry of Internal Affairs and Communications said in a preliminary report on Friday that the nation's core consumer price index was flat in February from a year earlier. The CPI, which excludes volatile fresh food prices, stayed unchanged for the second straight month, standing at 100.4 against the base of 100 for 2005.

South Korea's economy is already in technical recession and its GDP is expected to continue to contract in the first quarter, a senior Bank of Korea official said Friday. The government has forecast the economy will contract by 2% this year and would consider additional fiscal spending to help boost GDP by as much as two percentage points.

China Life Insurance Co (SHA:601628)(HKG:2628)(NYSE:LFC) said it would focus on regular premiums with longer terms in an effort to prop up the growth that largely relied on investment-linked products last year. The insurer recorded a net profit drop of 45 percent on the plunge in the stock market and a large number of claims due to Sichuan earthquake and major snow storms last year.

Japan's Toshiba Corp (TYO:6502) and Sharp Corp (TYO:6753) may work together in their solar power businesses amid growing demand for cleaner energy, reported a Japanese newspaper on Friday.

Honda Motor Co. (TYO:7267)(NYSE:HMC) said that the automaker will postpone the opening of an assembly plant in Yorii, Saitama Prefecture, until 2012 or later. Honda planned to equip the factory, which is under construction, with cutting-edge technologies. Annual output at the plant is estimated at 200,000 vehicles.

Korea Electric Power Corporation (SEO:015760)(NYSE:KEP) and Samsung C&T (SEO:000830) have signed a US$2.5 billion deal to build and operate a coal-fired plant in Balkhash, Kazakhstan.