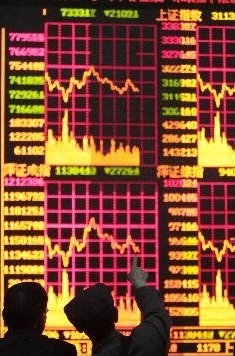 Today the Tokyo, Singapore and Seoul stocks opened higher despite the fall in Wall Street.

It is reported that China's loan increases in February will slump sharply from January's 1.62 trillion yuan. The loans would increase 700 billion yuan, or 20 percent month on month in February, a market source said.

Singapore's Ministry of Trade & Industry said its economy in the fourth quarter contracted more than its previous estimate as the exports were hit by the global collapse in trade. Gross domestic product fell 16.4% from the third quarter on a seasonally adjusted and annualized basis, compared with January's prediction of a 16.9% decline.

Japanese food giant Nissin Foods Holdings Co. (TYO:2897) said its earnings are growing faster than expected. Nissin is likely to beat the forecast that its operating profit forecast will decline 28% to 20 billion yen for the year through March 31.

Honda Motor Co. (TYO:7267) said that it will set up a research and development centre in Japan to work on developing technology to produce bio-ethanol.

Japan's Advantest Corp.(TYO:6857) expects to book a net loss of 78 billion yen for this fiscal year, and plans to cut 21% of its work force.

Haier Electronics Group Co. (HKG:1169) said that it is seeking up to HK$246.8 million funds by issuing new shares and warrants to fund an expansion of its business.

Share of South Korea's Kia Motors(SEO:000270) share tumbled today on speculation that the automaker may issue bonds with warrants.