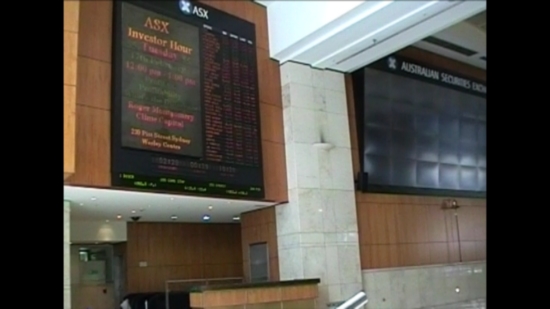 Refreshed Sign on Deeper Recession
Sydney, Feb 20, 2009 AEST (ABN Newswire) - Overnight US market closed at six-year lows after the Labor Department said that the continuing claims for unemployment benefits rose to a record high at almost 5 million, a refreshed sign the recession is deepening. Worries over the fate of major banks also weighed down the market.

The Reserve Bank of Australia showed in its monthly bulletin that it sold a net A$383 million in the spot foreign exchange market in January. The central bank also bought a net A$467 million from the government during January.

Origin Energy (ASX:ORG) is widely tipped as the group most likely to grab Woodside Petroleum's (ASX:WPL) stake in the Otway project, as Origin is cashed up and hungry for gas. Origin currently holds 30.75 per cent of Otway.

Hutchison Telecommunications (Australia) (ASX:HTA) has reported the net loss for calendar 2008 was A$163.10 million, compared to the loss of A$285.1 million made in 2007. The company says its market share has increased despite very tough competition in the mobile market.

Bank of Queensland (ASX:BOQ) said it expects its first-half normalised cash net profit to be at least 25% higher than its previous result. The earnings report is to be released in April.

City Pacific (ASX:CIY) said the Commonwealth Bank (ASX:CBA) has agreed to extend for a year A$203.5 million in debt owed by the property financier and its main mortgage fund.

Billabong International (ASX:BBG) has booked a 7.1 per cent decline in first half profit to A$82.4 million. Earnings per share for the six months to December 31 fell 7.4 per cent to 39.9 cents per share.

Caltex Australia (ASX:CTX) today reported a 95 per cent fall in annual profit to A$34 million from A$646 million. The oil refiner will not pay a final dividend after delivering a significant drop.

Macquarie Infrastructure Group (ASX:MIG) booked an A$1.27 billion loss for the half-year to December 31 after writing down the value of its toll roads by A$1.5 billion.

Perth based exploration company Emergent Resources Limited (ASX:EMG) has released the results of its flagship Beyondie Magnetite Project. The company said the Beyondie project is developing to be a world class Western Australian magnetite project with potential for a long life iron ore operation. 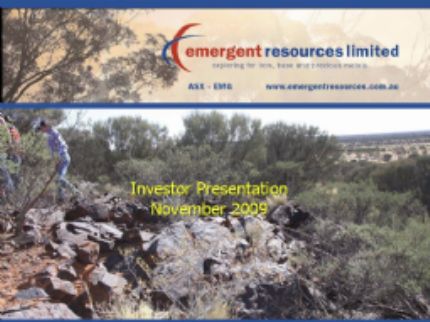