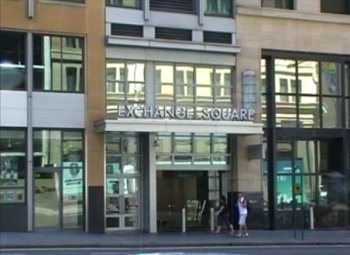 The Australian Bureau of Statistics data shows that retail sales adjusted for inflation rose 0.8% in the fourth quarter to $53.5 billion, the biggest increase in a year.

Woodside Petroleum (ASX:WPL) has reported a 55% rise in 2008 underlying net profit. Its net profit before one-off items was A$1.83 billion in 2008. Woodside will cut spending by over A$500 million and review non-core assets for possible sale in response to the falling oil price.

Fund manager Perpetual Ltd (ASX:PPT) posted a 84% fall in its first-half profit on direct impacts of the financial crisis. The net profit was A$14.192 million in the six months to December 31, compared to A$87.6 million in the previous corresponding period.

Noni B (ASX:NBL) has slashed its dividend after a 53% fall in half year profit, but the clothing retailer says it expects stronger results in the second half.

Pacifica Group (ASX:PBB) has booked an annual net loss of A$242 million for the 2008 calendar year, compared to an annual net profit of A$21.4 million in calendar 2007.

Zircon producer Iluka Resources (ASX:ILU) delivered a significant increase in full year profit ended December 31, which rose 51.7% on the previous corresponding period to A$77.5 million. But the company says it will not pay a dividend to conserve cash for growth projects.

Sunland Group (ASX:SDG) booked a net profit after tax of A$68 million for the December half-year despite a A$41 million write-down associated with its Australian and Dubai property portfolios.

Lion Nathan Ltd (ASX:LNN) said it had a solid start to the year and reaffirmed its full year profit would be between A$300-A$315 million.

Santos Ltd (ASX:STO) has reported a significant increase in profit for calendar 2008 and says the company is well placed amid the global economic crisis. Its net profit rose 359 per cent to A41.65 billion, from A$359.3 million in 2007.