OTCMKTS:EEGUF) is pleased to announce that it has completed the acquisition phase of the 2019 EP187 2D seismic program.

The seismic acquisition was carried out by Australian seismic contractor Velseis.

The program was carried out safely and in accordance with all Northern Territory regulations.

The raw seismic data reviewed by Empire's technical team is of high quality.

Once the data is processed, it will be interpreted in conjunction with seismic data in neighbouring tenements (which is now on open file) which will allow Empire to select drilling locations for its 2020 drilling program targeting the Velkerri Shale.

Following seismic data processing and interpretation, Empire expects to be able to finalise drilling locations early in the new year. 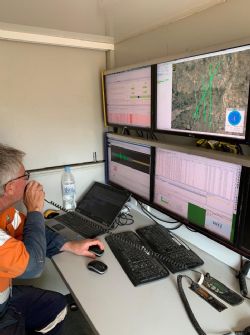