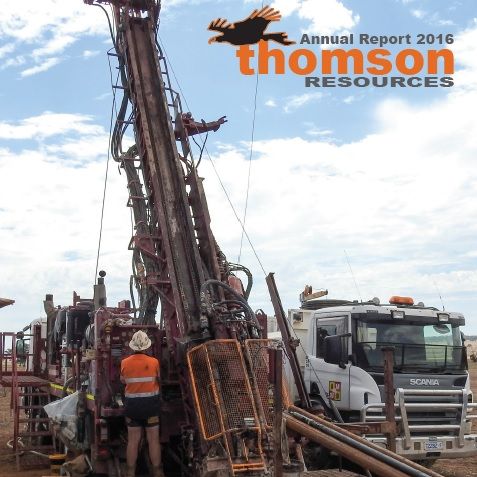 ASX:TMZ) is pleased to announce that it has entered into an agreement to acquire a new gold exploration project in central NSW, 50km north of its Bygoo Tin project. The 90 square km project, EL8684, covers the northwest part of the mineralised Yalgogrin Granite, with 11km of historic gold workings.

Extensive rock chipping has occurred in the EL area with 471 rock chip samples reported. Of these a quarter assayed over 1 g/t Au, with more than 50 samples above 4 g/t Au, ranging up to 128 g/t Au or 4 ounces of gold per ton (Table 1 in link below).

Very little follow up drilling has occurred in the area of EL8684, with only 71 holes reported, of which most were shallow RAB or aircore. Just 6 RC holes are reported, dating from 1987.

The Yalgogrin Granite is one of a number of Silurian to Early Devonian age granites that have intruded the hanging wall of the crustal scale, west dipping, Gilmore Fault (Figure 1).

Depending on timing or chemistry it appears that some granites are prospective for either gold (Grong Grong including Harry Smith, Yalgogrin) or tin (Ardlethan including Bygoo), or both (Kikoira). Yalgogrin appears to have many similarities with Thomson's Harry Smith project where recent drilling returned 9m at 9g/t Au (Thomson's ASX release, January 16, 2019).

EL8684 is dominated by a thick sequence of Ordovician metasediments (Figure 2 - purple colours - Oada, Abec, Omaw), including siltstones, sandstones and shales/phyllites of the Abercrombie Formation which vary in metamorphic grade dependent on regional metamorphism as well as the proximity to intrusives. A complex suite of Silurian granites, granodiorites and microgranodiorites (Yalgogrin Granite) intruded these sediments often exhibiting a fault contact with the sediment. Significant structures, parallel to possible mineralised features evidenced by previous workers, trend NNW through the tenement and possible dilation zones are observed nearby to significant groupings of old workings. Multiple high-grade surface samples occur at and between historic workings (Figure 2). These have now been supplemented and amplified by recent Bacchus sampling (Table 1).

A total of 71 drill holes have been reported from the area of EL8684 (Figure 3). The average depth of these holes is just 32m (total 2,276m). Most holes (38) were overburden drilling to the top of bedrock i.e. RAB or Aircore, with only 6 holes drilled by the more modern bedrock drilling method of reverse circulation. Significant intercepts are listed in Table 2 below.

Thomson is acquiring the Project, comprising EL8684, from private company Bacchus Resources Pty Ltd (Bacchus). The consideration for the acquisition is 6 million Thomson shares at a nominal price of 4c in Thomson Resources Limited, plus in addition Thomson has agreed to transfer EPM27186 (near Chillagoe, Queensland) to Bacchus.

The new Yalgogrin Project fits neatly into Thomson's central NSW portfolio. It is adjacent to Thomson's Gibsonvale tin and gold EL 8163 and ELA 5869. It lies only 50km north of Thomson's Bygoo Tin project and has strong similarities to Thomson's Harry Smith gold project a little further south. Initial work on the Project will consist of surface mapping and sampling to identify shallow gold-bearing veins, followed by drilling. The ongoing success of Thomson's exploration at Bygoo and Harry Smith also requires extensive further exploration, including drilling. These projects are all being analysed and drilling plans prepared. 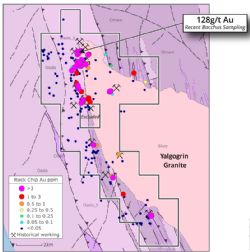