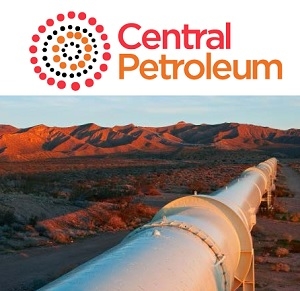 OTCMKTS:CPTLF) ("Company" or "Central") announces that its customer Incitec Pivot (

ASX:IPL) ("Incitec") has advised Central that its Gas Sale Agreement with Incitec is now anticipated to commence between 29 December 2018 and 10 January 2019.

Central also announces that the Mereenie Facility Upgrade and Palm Valley Restart Projects have now been brought into production. All key processing and production equipment is installed and running, except for the new Field Boost Compressor ("FBC") at Mereenie which is installed and currently undergoing run testing. This is an outstanding result given that these projects were fast tracked to maximise gas sales through the NGP. The Mereenie Upgrade was delivered only 8 months after ordering long-lead items, which is at least 3 months earlier than the draft initial schedule. This means more gas can be sold this financial year. Central congratulates all parties that have contributed to this result including Traditional Owners, Central Staff and Project Contractors.

Once the run testing of the new FBC is complete, the Mereenie Gas Field will be capable of delivering 44 TJ/d of sales gas on a firm basis (Phase 1 of the Gas Acceleration Programme) plus additional capacity on a non-firm basis. In addition, the Palm Valley facility now has 15 TJ/d of sales gas capacity. With three existing wells already online, one existing well to be brought into production shortly and the PV13 well scheduled to be tied in early next year, Palm Valley is on track to produce at nearly triple the average gas rate prior to being shut-in. Gas sales from Mereenie and Palm Valley will step up following commissioning of the NGP.

With the completion of run testing, delivery of these Projects will represent the culmination of the Gas Acceleration Programme and its objective of delivering Central transformational growth by nearly tripling its gas sales. 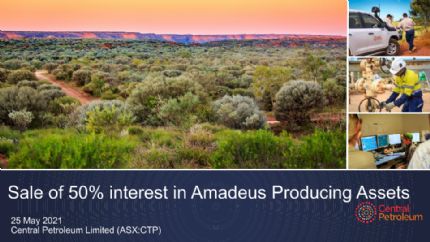