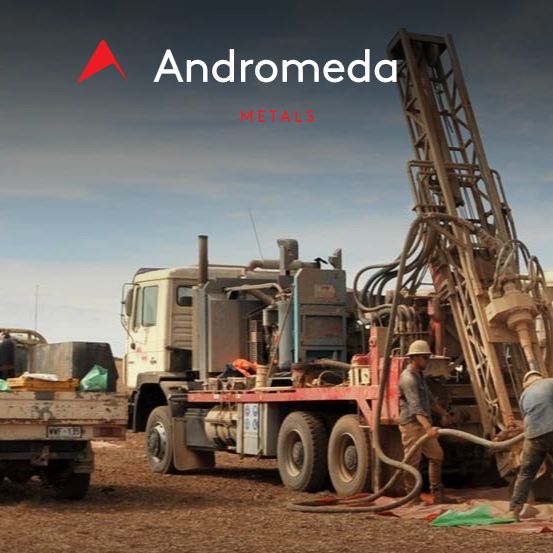 ASX:ADN) remains focused on advancing its Wudinna Gold Project into production, but welcomes the positive results achieved to date by the TJV. The Company's 25% equity in the graphite discovery potentially represents a valuable additional mineral asset.

The Thurlga Joint Venture (TJV) manager has today released results from a recently completed aircore drill programme. Andromeda Metals present a summary of these results below.

- A potentially significant graphite discovery has been made.

- Five holes at the Ironstone prospect encountered substantial graphite, with intersections grading up to 16.5% total graphitic carbon (TGC) in 3-metre composite samples. Four of these holes ended in graphite mineralisation.

- One hole intersected 30 metres at 10% TGC, a grade comparable to that of established graphite mineral resources on the Eyre Peninsula and elsewhere in the world.

- Together with historical electromagnetic and drilling data, the results indicate the graphitic units are shallow, up to 500 metres wide, and fall on EM conductors that aggregate 25km in strike length, indicating very substantial resource potential.

- Anomalous silver and base metals were also intersected.

- Joint venturer Investigator Resources Limited has met its obligation to spend $750,000 and has now earned 75% equity in the Thurlga Joint Venture, which will be formalised.

ASX:IVR), manager of the Thurlga Joint Venture (TJV), has today announced the results of a recent aircore drilling programme on the TJV tenement to the ASX (see the Note below).

IVR's announcement can be viewed on the ASX and IVR websites. Andromeda Metals is pleased to present a summary of the TJV's results herein.

The Thurlga Joint Venture with Investigator Resources Limited was formed in August 2014, and is exploring EL 5419, one of seven tenements that form Andromeda Metals' Eyre Peninsula project (see Figure 1 in the link below).

Geochemical soil sampling completed by the TJV in 2016 defined a number of silver and base metal anomalous features on the tenement. Five of these targets have been tested in a recent program of scout aircore drilling totalling 20 holes for 1,076 metres.

The graphite potential on the TJV's tenement is further revealed through the interpretation of historical exploration data. Graphite is an excellent electrical conductor detectible in electromagnetic surveys. An airborne RepTEM survey flown over the Thurlga tenement in 2010 reveals a series of linear conductive features that extend for 25km in aggregate strike length.

The coarse drilling indicates the graphitic formations are up to 500 metres wide and, should they extend along the 25km of strike indicated by the RepTEM conductors, the resource potential is clearly very substantial.

Silver and Base Metals

Anomalous silver and base metals were intersected in drilling completed at the Wide and Ironstone South prospects (see Figure 2 in the link below).

The silver and base metal intersections confirm mineralising processes have affected the host rocks, and may be geochemical dispersion halos sourced from nearby higher grade primary mineralisation.

The terms of the Thurlga Joint Venture required Investigator to spend $750,000 on exploration by 30 June 2017 to earn 75% equity in the Joint Venture.

Investigator has now met this obligation and so has earned a 75% legal and beneficial interest in the TJV. Transfer documents reflecting the shared ownership of the TJV tenement have been lodged with the Minerals Branch of the Department of Premier and Cabinet.

The Joint Venture will now be formalised. Investigator will continue as JV manager and will develop a program and budget for consideration by the Joint Venture Management Committee which includes representatives from Andromeda Metals.

Future Joint Venture expenditure contributions will be pro-rata, or else a noncontributing party's equity will be diluted using the standard industry dilution formula.

Comment - Andromeda Metals remains firmly focused on advancing its Wudinna Gold Project into production, but welcomes the positive results achieved by the Thurlga Joint Venture. The Company's 25% equity in the TJV graphite discovery is potentially a valuable additional mineral asset. 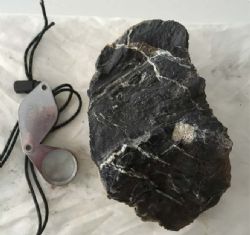