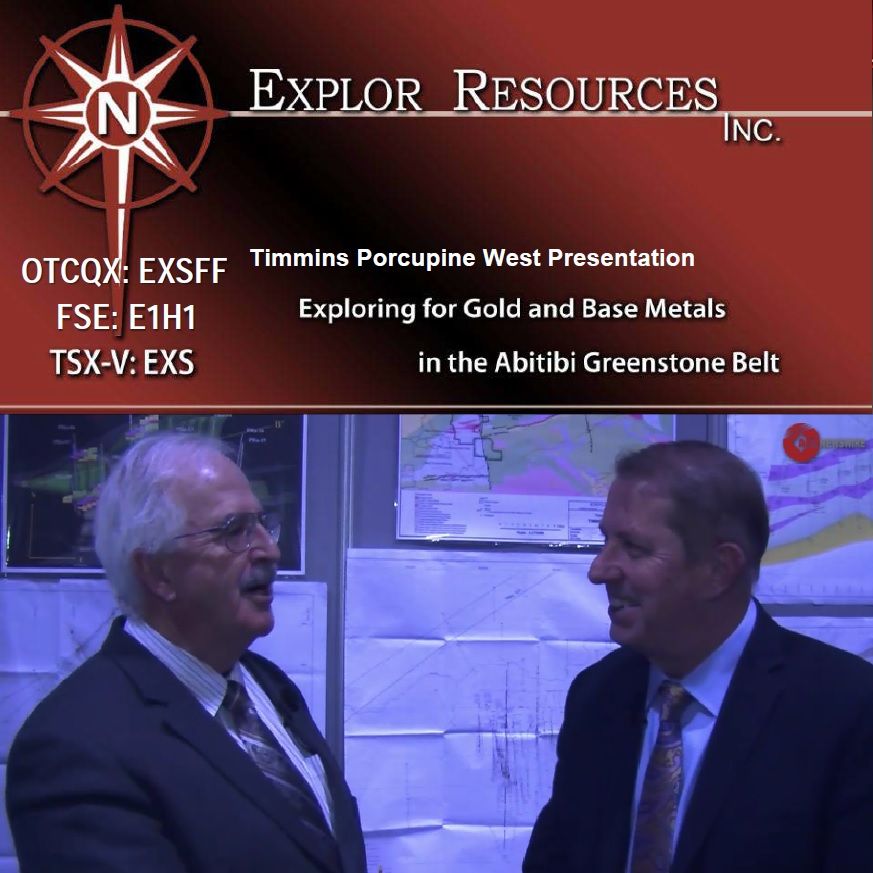 EXSFF:OTCMKTS) President Chris Dupont, in an interview with ABN Newswire, explains the history of the Timmins Porcupine West (TPW) discovery in the Abitibi Greenstone Belt in Canada.

With the Abitibi Belt host to over 180 Million ounces of historical gold production, the discovery at TPW is potentially the largest deposit found in the last 100 years in Canada.

A large undeveloped porphyry system located at the deposit has been calculated to be five times larger than similar historical porphyry systems in this area that have yielded tens of millions of ounces of gold.

Speaking with Tim Mckinnon from ABN Newswire, Chris Dupont provides an overview of both the historical gold in the Abitibi, and the current interest in the area by Canada's largest Gold mining companies who are now actively developing massive infrastructure to process ore from the area.

To listen to the interview, please visit:
http://www.abnnewswire.net/press/en/87833/exs