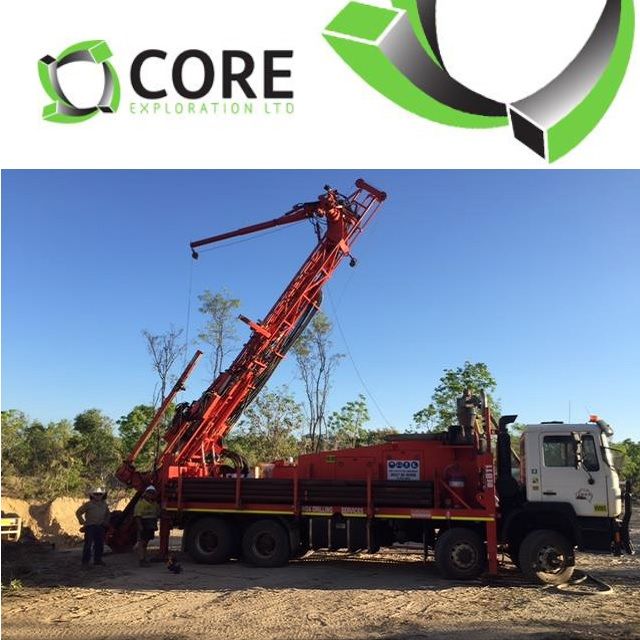 ASX:CXO) ("Core" or the "Company") is pleased to announce that it has received notification from the Northern Territory Government that Core is the successful applicant for a tenement over the Napperby Uranium Deposit in the NT, which included a 2004-JORC Inferred Resource of 9.34 Mt at 359 ppm U3O8 for 7.39 Mlbs (see Table 1 and Figures 1-4 in the link below).

- While remaining focused on its flagship lithium projects, Core will continue to refine its uranium strategy to maximise the value of its now substantial uranium portfolio

The Napperby tenement area was the subject of an internationally competitive tender process with Core adjudged to have the best financial and technical resources available to advance the project.

OTCMKTS:TOEYF). Consequently, there remains obvious potential to substantially expand and increase the size of the Napperby Uranium Deposit (see Figures 2 & 3 in the link below).

Core has gained access to a Napperby Scoping Study prepared by Toro in 2009 which also includes metallurgical testwork studies on bulk representative samples, which examined various conventional mining and processing options available at the time (refer (

- Yambla Project, NT: Core's uranium tenure in the NT includes spectacular uranium grades have been recorded in historic trench sampling and at surface.

The Napperby Resource is based on a 1,117-hole drilling database that included both assays and radiometrically-defined uranium grades. A disequilibrium factor had been defined based on a broad spatial dataset.

Toro's resource drill-out covered approximately half of the historic mineralised area and correlated well with the results of previous work carried out on this portion of the deposit by Uranerz (see Figures 2 and 3 in the link below).

Toro also stated that additional drilling is required to complete the evaluation of the balance of the historic mineralised area to a JORC standard.

The extensive mineralised zone at Napperby occurs within 3 to 8 metres of the surface. Uranium mineralisation (carnotite) is almost exclusively hosted by unconsolidated sediments along a palaeochannel and is geologically similar to a number of operating and approved uranium projects in Australia and Africa, including Yeelirrie (Cameco), Wiluna (Toro) and Langer Heinrich (Paladin).

Toro undertook metallurgical testwork from bulk representative samples derived from Napperby in 2008 and 2009, aimed at characterising the ore and gangue, determining how suitable the mineralisation is to beneficiate and the optimal conditions for leaching. Tests included comminution, scrubbing and column leach trials (ASX.TOE 09/06/2009).

Toro proceeded to a Scoping and Concept Study conducted by URS Australia, which examined various conventional mining and processing options available at the time, such as heap leach, agitated leach, direct precipitation and resin-in-pulp.

Alternative mining cut-off grades and the potential for nearby deposits were also considered, as was initial up-front beneficiation. It also undertook a high-level review of infrastructure requirements, environmental management and CAPEX and OPEX scenarios.

"While we continue to remain focused on advancing our flagship Finniss Lithium Project toward early development, Core has a number of other exciting opportunities within our portfolio, which now include a Uranium Resource and advanced exploration assets in low-risk uranium production jurisdictions of Northern Territory and South Australia."

"As we are always considering options to maximise the value of Core's assets for shareholders, supplementing our existing uranium exploration assets with this advanced uranium deposit is consistent with Core's positive long term view of the uranium sector."

"The addition of the Uranium Deposit at Napperby is particularly exciting in the context of increasing uranium prices. Core notes with interest that the spot uranium price has increased close to 40% over recent months."

Core Lithium Ltd (ASX:CXO) is an emerging lithium producer focused on development of its Finniss Project near Darwin in the Northern Territory. Core owns 100% of Finniss, a major developing project that lies close to existing infrastructure such as the Darwin Port, grid power, gas and rail infrastructure.

The Finniss Project covers a 500km2 tenement holding and 25 historic pegmatite mines. The project area is about 80km from Darwin Port. Exploration work has generated a near term development timeline, with feasibility studies to be completed over the course of 2018 ahead of receipt of approvals in early 2019 and planned first production during 2019.

An aggressive exploration program is under way, which has confirmed the high quality prospectivity across much of the Finniss Project area. Core's stated ambition is to upgrade Finniss' resource base to fast-track commercialisation options. 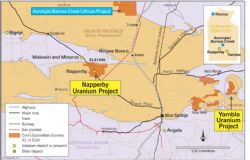 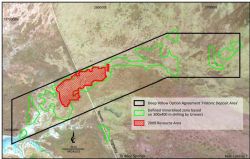 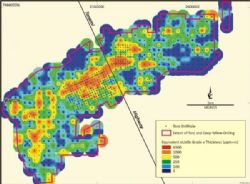 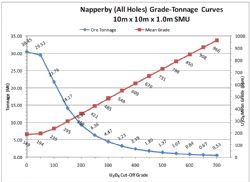 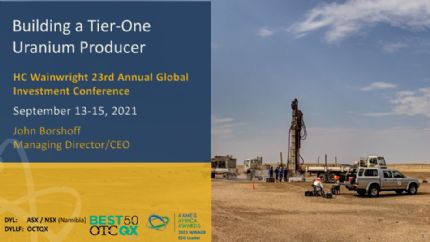