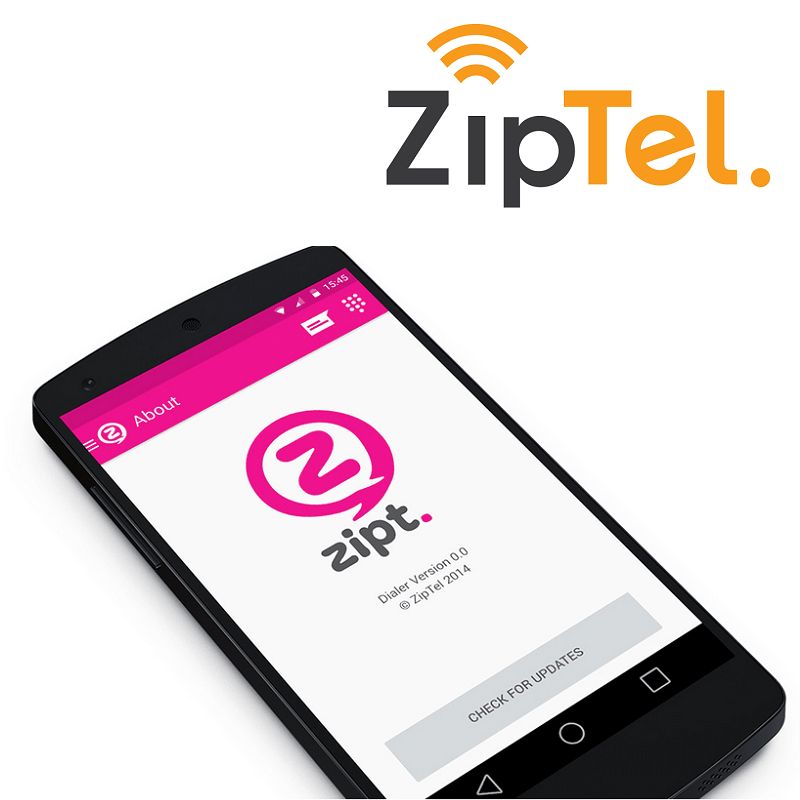 ASX:ZIP) ("ZipTel" or "the Company") is pleased to advise that it has been selected and invited to feature as a marquee application on Samsung's Tizen Platform. In this regard, ZipTel has entered into an arrangement with leading Tizen Developers under the direction of Samsung to develop and roll out a Tizen version of Zipt to coincide with the global launch of the latest Samsung Tizen mobile in August 2016.

- Zipt has been approached and subsequently selected by Samsung (KRX:005930) to feature on the Tizen Platform.

- Tizen is Samsung's new operating system which will underpin new Samsung mobile devices and is being rolled out in selected markets.

- Tizen developers will deliver a Tizen version of Zipt in time for Samsung's planned launch events in August 2016.

- Zipt will be showcased at this launch and going forward will be featured as a marquee application on the Tizen Application Store (one of 40 Apps).

- Zipt and WhatsApp will be the only two featured communication apps on the Tizen Application Store.

- Tizen currently has 5 million+ users, with this number expected to grow to 15-20 million by the end of 2016 with new mobile handset launches.

- Development of the Tizen version of Zipt will be completed by world class developers at no cost to ZipTel.

Under the arrangement, Zipt will benefit from the expertise of leading Tizen developers who will prepare a Tizen version of Zipt for the new operating system under direction from Samsung. This fully 3rd party funded process will ultimately give Zipt access to a premium customer base and potential new revenue stream at no cost to the Company.

Zipt was approached and ultimately chosen to be featured on the Tizen store due to its low bandwidth technology, operational track record and key market exposure. As 1 of only 2 communication applications in the current 12 month Tizen application pipeline, Zipt will operate with minimal competition and a clear point of difference to the only other featured communications app on the platform, WhatsApp.

Tizen is Samsung's own smartphone operating system to rival Android and iOS. Tizen is increasingly in use in wearables and cameras and is becoming the standard operating system on a range of other products from smart TVs to refrigerators.

Tizen is currently operating on more than 5 million mobile handsets since its major launch 9 months ago. With upcoming handset launches, Tizen forecast this figure to increase to 15-20 million by the end of 2016.

There are currently a limited number of applications available in the Tizen Application store with the focus being on high quality. Application retention rates on Tizen are much higher than other platforms, in part due to quality controls.

In terms of geography, Tizen handsets will be focused on the Asia-Pacific region (where 61% of the world's population or 4.2 billion people are situated) which is not covered by Samsung's agreement with Google for Android.

Samsung Tizen handsets retail for USD$200-$250 which places them as a mid-tier handsets. In India, this constitutes 65% of the total smart phone market and demographics to date show strength in the 18-25 year old range. Zipt will benefit from the higher retention rates seen on the Tizen platform and the higher value handsets being launched will drive higher revenue conversions in the Company's monetisation model.

The selection of Zipt to be a marquee app on Tizen is a strong endorsement of ZipTel's technology from a globally recognised leader in the telecommunications technology space. It will assist the Company's consumer acquisition strategy to achieve a significant number of user installs and uptake in the Subcontinent and South East Asia. Zipt's clear competitive advantage in low bandwidth areas has resulted in the huge uptake in these regions and as a result, this opportunity with Samsung.

"Our overall user acquisition strategy focussed on building Zipt in emerging markets such as the Subcontinent has resulted in this outstanding opportunity for Ziptel. Our presence in these markets meant that we were chosen ahead of the many other communications applications.

Being initially approached and subsequently selected to port to Tizen is another strong third party endorsement of Zipt by a mobile market leader in Samsung. Tizen handsets could not be more perfect for Zipt in terms of geography, mid-tier price point and user demographics. This is no doubt part of the reason why Zipt was chosen. The customer retention and monetisation opportunity of the new Tizen ecosystem is compelling.

As a first mover, we will have a genuine opportunity to contribute to and grow with Samsung's Tizen operating system."

Since identifying the unique network conditions present under SpeedCast's (

ZipTel is now working closely with SpeedCast to confirm the testing results and schedule the pilot program and subsequent public release of the application. This marks a significant achievement for the Company in terms of the market potential the satellite optimised technology delivers and also the successful completion of its first white-labelled enterprise solution.

Zipt is a mobile-based international communication App that enables consumers to send SMSs and make international calls for free between users. The App can also call any landline or mobile at some of the world's lowest call rates. Zipt delivers crystal clear sound quality in lower bandwidth data environments and allows consumers to retain their existing phone number, service provider and SIM card, with no lock-in contracts. Zipt does not require a SIM card and can be installed on any smartphone or tablet on compatible platforms. Zipt uses less data than similar products already available on the market, and can be used over Wi-Fi or any mobile network. For more information visit www.zipt.com.

ZipTel (ASX:ZIP) is an Australian owned and operated telecommunications business focused on providing international roaming and calling solutions to the consumer, using state of the art technologies developed and wholly owned by ZipTel Limited. ZipTel listed on the ASX in July 2014 with its core focus the Zipt mobile based communications application.

Link: Zipt Selected by Samsung as a Marquee App for Tizen 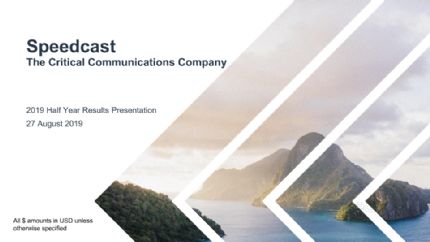