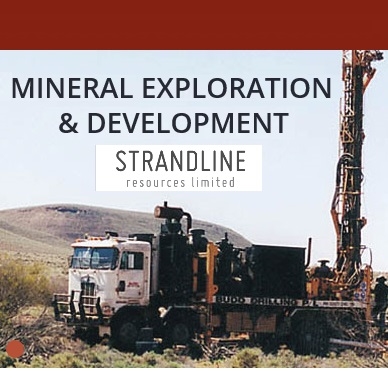 ASX:STA) ("Strandline") is pleased to advise that Western Areas Limited (

Western Areas has indicated preliminary interpretation of the survey data is extremely encouraging and the high resolution images have highlighted numerous features likely to represent large maficultramafic intrusions, in areas of known gabbroic rocks that are being targeted by the joint venture (see Figure 2 in link below).

The data is being further analysed to prioritise targets for a major drill program scheduled for mid-2015, subject to access approvals.

Commenting on the magnetic survey, Strandlines' Managing Director, Richard Hill, said, "This is an exciting start to our joint venture with Western Areas and highlights the major untested potential of the region. We look forward to ongoing exploration and, in particular, drill results throughout the 2015 campaign".

The airborne magnetic survey comprised a total of 57,477 line kilometres across the region incorporating the Fowlers Bay Project and was designed to enhance the resolution of the existing government magnetic dataset and form the basis of a detailed geological interpretation to be integrated with the historical drilling database.

The upcoming drill program will be designed to characterise the basement lithology, and to provide a project wide geochemical and geochronological dataset. Additionally, further airborne and surface geophysics will be used in selected areas to provide information on the effectiveness of the various geophysical methods for imaging the covered basement.

As part of the project planning, Western Areas has been closely engaging with the Yalata Group, Aboriginal Land Council (ALT) and Far West Coast (FWC) claimants.

The Fowlers Bay Project comprises a 700 km2 exploration licence located approximately 150km west of Ceduna in the Western Gawler region of South Australia, close to existing infrastructure including road and port (see Figure 1 in link below).

The tenement package covers an interpreted prospective craton margin containing deep seated structures, with a complex and long lived structural and Proterozoic intrusive history. The area is tectonically related to the Albany-Fraser (Nova/Bollinger) and Musgrave Orogens (Nebo/Babel and Succoth) and has the potential to host mafic-ultramafic intrusive related deposits (such as Eagle, Voisey's Bay, and Tamarack). These styles of deposits are typically large and multi-commodity (nickel, copper and +/-PGEs).

In late 2013, Strandline (formerly Gunson Resources Ltd) completed a gravity survey over a rectangular target area approximately 9km long by 3.5km wide. The results showed good correlation with a north-south trending magnetic zone defined by an earlier aeromagnetic survey. The gravity data suggests that the magnetic zone is comprised of mafic and possibly ultramafic rocks that may contain base metal sulphides.

In early October 2014 Strandline announced that Western Areas had agreed to earn in to the Fowlers Bay Project as a priority target area for their Western Gawler regional exploration strategy. Under the joint venture Western Areas will sole fund up to $1.2 million of exploration (see ASX Announcement 9 October 2014).

Western Areas is an ASX 200 listed company and Australia's second largest nickel sulphide producer, with high grade nickel production assets in Australia and base metals exploration projects across Australia, Canada and Finland. Western Areas was built upon the successful discovery of two of the highest grade nickel ore bodies in the world located at Forrestania, Western Australia. The Company has a committed strategy to growth which includes both significant re-investment in exploration at Forrestania and also continued regional exploration programs outside Forrestania and pre-development projects in the base metals space in stable jurisdictions.

Strandline Resources is an Australian Stock Exchange listed company (ASX:STA) (OTCMKTS:STQNF) is a Tanzanian-focused mineral sands developer positioned within the world’s major zircon and titanium producing corridor in South East Africa. Strandline has a dominant mineral sands position with a series of 100% owned projects spread along 350km of the Tanzanian coastline.

Strandline’s strategy is to develop and operate quality, low cost, expandable mining assets with market differentiation. Leveraging off the exploration success of 2016, the Company’s focus is to continue its aggressive exploration and development strategy to progress economically attractive projects based on high unit value titanium and zircon products. 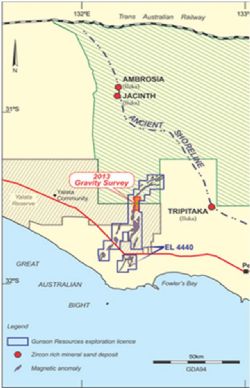 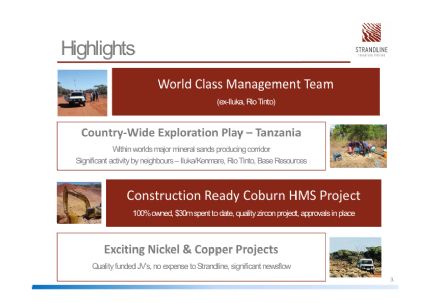