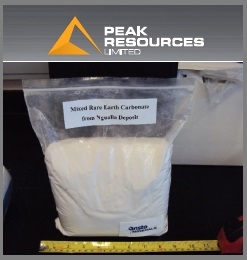 OTCMKTS:PKRLY) is pleased to provide a progress report on the development of the Company's 100% owned Ngualla Rare Earth Project and the key studies now nearing completion.

- A maiden Reserve estimate will follow shortly after the PFS, prior to the end of the first Quarter 2014

- The PFS will include a revised economic assessment

- High value rare earths including neodymium, praseodymium and europium are the value drivers to the Project and underpin projected revenues

The Preliminary Feasibility Study for the Company's 100% owned Ngualla Rare Earth Project in Tanzania is well advanced with the metallurgical test work and most other major work components and associated expenditures now completed. The Study will include a revised economic assessment for the project and is on track for completion prior to the end of the first Quarter 2014.

The revised Scoping Study released on 29th May 2013 showed Ngualla to be a uniquely low cost operation in terms of capital requirements and operating costs, with robust project economics. The PFS builds on this work using detailed engineering, cost estimations and data from additional metallurgical test work programs and other studies to evaluate a series of production scenarios and determine the optimum development pathway for Ngualla.

One of the key test work programs has been the operation of the solvent extraction pilot plant at ANSTO Minerals facility near Sydney. This has provided detailed throughput and reagent consumption data, which will enable improved capital and operating cost estimates.

The work undertaken by ANSTO, together with the beneficiation and simple sulphuric acid leach recovery and purification test work completed previously, has successfully demonstrated the end to end metallurgical process from mineralisation to high purity separated rare earth oxide products. The achievement of this milestone significantly de-risks the Project and elevates Ngualla to be one of the most advanced undeveloped rare earth projects in the world.

ANSTO Minerals have also been engaged to evaluate a series of options regarding the production of cerium. The mineral process developed for Ngualla provides the opportunity for flexibility as to when and at what purity cerium is produced. The research by ANSTO will determine the economically optimum process for this lower value product. The Ngualla operation will be engineered with the flexibility to remove cerium early at lower cost, or process it through to a higher purity, higher value product, depending on market demand and prevailing cerium prices.

Specialist consultants Simulus Engineers have developed a sophisticated computer based simulation model for the entire mineral process (Figure 1 in link below) from feed mineralisation to high purity separated oxides as part of the Pre-Feasibility Study. The model brings together all the data gathered from the extensive metallurgical test work programmes and combines it with engineering designs. The model will enable Peak to quickly simulate a number of differing operating conditions and processing scenarios, and identify the impact that these variables have on the overall efficiency and productivity of the process. The simulations will identify the key value drivers in the process and form the basis for the optimisation work to be completed during the feasibility study by directing the engineering and metallurgical effort to those areas that have the most significant impact on operating and capital costs.

The Ngualla processing plant can be divided into several separate modules, which do not need to be located together on site.

The PFS will evaluate the economic benefits of siting some portions of the operation closer to power, major roads, rail or port facilities.

The PFS will also include studies to evaluate the potential for the phased development of Ngualla in order to reduce start-up capital costs and lead time to production. Scenarios under consideration include the production of intermediate products of a bastnaesite mineral concentrate (which as a result of the absence of radioactivity in Ngualla's mineralisation can be transported anywhere in the world); a mixed rare earth carbonate product (which may be sold or toll treated); commencing production at a smaller scale than the 10,000t per annum contained rare earth oxide (REO) base case, and subsequently increasing production through to 20,0000t REO per annum.

Ngualla's low capital costs and operating costs result from high REO grades, low cost open pit mining, absence of radioactivity and simple processing and may allow for a small scale start-up operation which will demonstrate product quality and establish Peak in the marketplace. Production could then be expanded with demand as necessary. Many high cost projects require their large scale production to spread unit costs and pay back the high capital costs.

A maiden Reserve estimate for the Ngualla Rare Earth Project is also on track to be completed in the first Quarter 2014 and will follow shortly after the completion of the PFS. The Reserve will be reported according to the 2012 JORC Code and Guidelines and will be centred on the weathered Bastnaesite Zone portion of the greater Ngualla rare earth deposit that is targeted for first production.

The completion of a Reserve estimate will be another significant milestone for Peak and will place Ngualla amongst a small number of rare earth development projects to have advanced to this stage.

In the five months since 1st July 2013, prices for some key rare earths have improved substantially. Importantly, the prices of Ngualla's main value drivers of neodymium, praseodymium and europium, which together comprise 86% of the projects projected annual revenue, have shown the most improvement (Figure 3).

Neodymium, the largest single contributor at 48% of Ngualla's predicted revenue, increased in price by 36% since 1st July 2013.

Price increases for Ngualla's second and third highest revenue contributors (Figure 4) of praseodymium and europium have also improved significantly at 50% and 18% respectively. These price increases more than offset falls in the lower value cerium and lanthanum, which together make up just 14% of Ngualla's predicted revenue, leading to an overall increase of 22% in Ngualla's 'basket price'.

Neodymium and praseodymium are both in high demand for the manufacture of permanent magnets used in the expanding wind turbines, hybrid cars and personnel electronics industries. These high value and strategic rare earths have predicted demand growth forecasts* of +10% per annum and underpin the projects future revenue.

Peak is continuing to engage with a number of varied parties regarding technical partnerships, cornerstone investors, toll treating arrangements for a phased development approach an potential offtake customers in order to progress the commercialisation of the Ngualla Rare Earth Project.

Positive expressions of interest have been received and Peak remains in discussion with a number of these parties regarding the range of issues listed above.

The completion of the PFS followed by a maiden Reserve assures significant news flow and potential upside for Peak and the Ngualla Project in the short term. The PFS will be followed by the commencement of a Definitive Feasibility Study (DFS).

Additional metallurgical optimisation of the beneficiation and acid leach recovery stages, together with acid recycling test work will be completed early with the aim of reducing the already low operating costs of the project. Pilot plants for these sections of the process will provide detailed engineering and operating data for the DFS after the optimisation work. Environmental permitting will also commence in 2014 to support a mining licence application and a production start-up that remains on track for 2016. 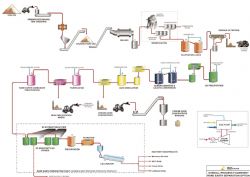 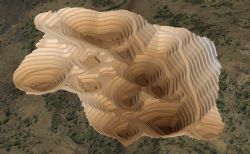