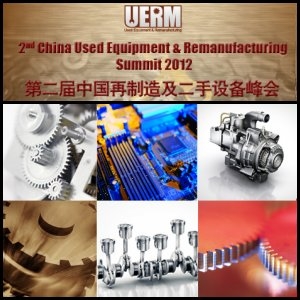 The agenda has been specifically designed and will feature presentations on the issues such as new round pilot program, all-rounded remanufacturing technical standards, import and export of used equipment and remanufactured products, market entry, circulation of reman products, comparison of remanufacturing development at home and abroad etc.

Remanufacturing plays a critical role in many industries in America and Europe, where the development is mainly promoted by most OEMs and tier-one suppliers under the demands of the market. The annual sales volume of American remanufacturing auto parts comes to $40 billion while the penetration rate of some remanufacturing spare parts even reaches 85% in Europe.

With the rapid growth of remanufacturing business in China, National Development and Reform Commission (NDRC) has issued a series of policies to deepen the remanufacturing pilot program and strengthen their continuous support for the remanufacturing business. In China, diverse industries including automobile, machinery, machine tool, IT equipment and spare parts industry, etc. have been paid high attention to by international and national leading companies like Caterpillar, Cummins, Sany, Sinotruk, XCMG, TRW, Wabco etc. with tremendous business investment.

Based in Shanghai China, Duxes Business Consulting Inc. is a joint venture and one of the industry leaders committed to providing professional business and management consulting services to businesses in China with foreign investments as well as international businesses that intend or plan to enter the China market.