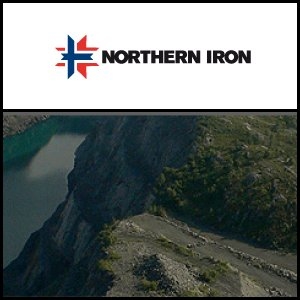 ASX:NFE) announced a 42% increase in probable ore reserves to 176.6 Mt at 32% Fe at its 100% owned Sydvaranger project in Northern Norway. This increase extends the project life to 25 years at a 7 million tonne per annum production rate, or if the expansion project to double production is completed in 2015 represents a 15 year project life at 14 million tonnes per annum.

ASX:SBM) has commenced gold production from King of the Hills underground mine in Western Australia, with mining of the first production stope completed ahead of schedule and the ore processed at the Gwalia mill. The King of the Hills mine is expected to produce 55,000 to 60,000 ounces of gold per annum for the next five to six years, with potential for mine life extension.