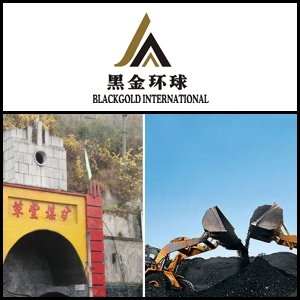 ASX:BGG) has entered into Heads of Agreement to acquire a 100% interest in Chongqing Yihua Mining Company Ltd, which is the owner of the WuShan Coal Mine in Chongqing, China for a consideration of RMB 80 million. WuShan Coal Mine is a highly developed, pre-production, thermal coal mine located within 20 kilometers of Blackgold's existing operations. Blackgold anticipates that commercial coal production may commence immediately once machinery and equipment are installed and commissioned and expects that this could occur within 4 months of completion of the acquisition.

ASX:UNX) has identified a further 69 km of uranium anomalies within its 100% owned Mkuju Uranium Project in Southern Tanzania. Multiple mineralised intersections were reported at the Likuyu North Prospect with significant intersections including 10.5m at 1,124ppm U3O8 and 13m at 614ppm U3O8. Drilling is being planned in March at these additional prospects.

ASX:BMY) reported more significant manganese mineralisation from the recently completed Stage 2 drilling programme at its 100% owned Oakover Manganese Project in Western Australia's East Pilbara Manganese Province. Drilling on six of the nine prospects at Oakover shows manganese mineralisation is of considerable thickness, at greater than 10% Mn, within 50m of the surface and open in one or more directions. An aggressive exploration program is planned at Oakove during 2011.