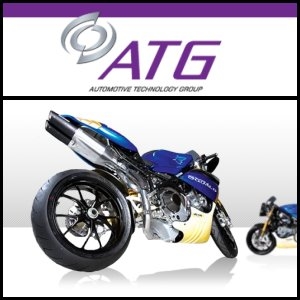 ASX:ATJ) announced that the latest testing program has confirmed that the Company's patented low emissions, high fuel efficiency Sprintex (R) Supercharger is the world's most efficient automotive supercharger system. The Sprintex (R) Series 5 Supercharger recorded a peak isentropic efficiency of 83.89%, higher than a typical automotive supercharger which has isentropic efficiency of less than 70%. Improved efficiency allows vehicle manufacturers to build supercharged engines without the need for intercooling. This delivers smaller engine packages at a lower cost and results in a significant increase in overall vehicle energy efficiency.

ASX:EVG) has significantly strengthened its management by the appointment of Mr Oscar Alvarado as Regional Director for its operations in Latin America. Mr Alvarado's initial responsibilities will be focused on achieving an annual production rate of 65,000 oz of gold and 600,000 oz of silver at the Company's Las Lagunas gold project in the Dominican Republic from the end of 2011, and subsequently, driving the expansion of the Pinglio and Papercorp gold mines in Ecuador to achieve 100,000 oz gold per year by end 2013.

PINK:PPGNY) has entered into an agreement with a US private dermatology company to develop a prescription drug to treat psoriasis. The collaborator has received approval from the US Food and Drug Administration for an Investigational New Drug application clearing the path to commence a Phase 1 clinical study in the US. The collaborator will also pay for Phase 1 study to begin before July.