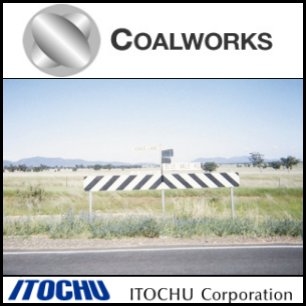 Today the Reserve Bank of Australia is to unveil its interest rate decision for the month. The central bank is broadly expected to increase the official rate by 25 basis points to 4.5 per cent on the back of rising inflation and surging property prices. This could be the sixth rate hike in the last seven months.

TYO:8001), to develop its coal project in the booming Gunnedah Basin of NSW in a deal worth A$11 million. Itochu Corporation is a major Japanese trading house which has extensive experience in the development of coal mines and the global marketing and sale of coal. Coalworks has announced a maiden resource of 42 million tonnes of export quality thermal coal with coking coal potential which Coalworks believes will be mined by open cut methods.

ASX:WDC) said today it is undertaking pre-development activity on approximately A$10 billion of future development opportunities in United States, United Kingdom, Australia and New Zealand. The group expects to commence approximately A$1 billion of development projects in 2010 with A$800 million and Australia and US$200 in the United States. Westfield was experiencing strong results in the first quarter from the Australian and New Zealand portfolios, notwithstanding the anticipated softening sales growth for the quarter. The company also said conditions in the United States and the United Kingdom were also improving.

ASX:LGL) have entered into a Merger Implementation Agreement under which it is proposed that Newcrest will acquire all of Lihir's ordinary shares under a Scheme of Arrangement. Lihir shareholders will receive one Newcrest share for every 8.43 Lihir shares they own plus A$0.225 cash per share, less any interim dividend declared or paid by Lihir for the half-year to June 30, 2010. Based on Newcrest's closing price of A$32.06 on Monday, the implied offer price values Lihir at approximately A$9.5 billion.