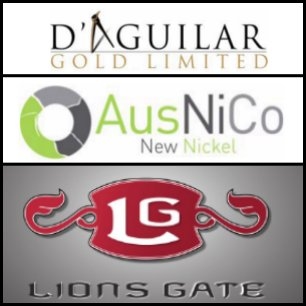 Each warrant will entitle the holder to purchase one common share of Lions Gate for CDN$1.10 at any time within five years of the date of issuance.

In addition, at the closing Lions Gate will issue the following securities in settlement of certain Ausnico debt: (i) 2,000,000 warrants, having the same terms as the warrants being issued to the Ausnico optionholders, in settlement of AUD$200,000 of fees owing by Ausnico to two of its directors; and (ii) 261,818 common shares of Lions Gate to settle AUD$300,000 in loans owing by Ausnico to DGR, on the basis of CDN$1.10 per share (using an agreed exchange rate of 1 Australian dollar = 0.96 Canadian dollars).

The LOI provides that, as a condition to closing the transaction, Lions Gate will carry out a nonbrokered private placement of units to raise gross proceeds of not less than CDN$3,500,000 at a purchase price of not less than CDN$1.10 per unit. Each unit will consist of one common share of Lions Gate and a half warrant, with each whole warrant being exercisable for two years from the closing of the private placement at an exercise price of $1.50 per common share. The private placement will be subject to a financing fee which is comprised of a cash fee equal to seven percent (7%) of the proceeds raised and warrants representing seven percent (7%) of the units sold, such warrants having the same terms as the warrants under the private placement.

Following the closing, DGR will have the right to nominate a third director for election at the 2010 annual general meeting of Lions Gate, which must be held within six months following the closing or earlier if requested by DGR.

The closing of the transaction is expected to occur in February 2010, following submission of the filing statement and final acceptance from the TSXV of the transaction, or such other date as the parties may agree.

Lions Gate is a Canadian based, junior resource company focused on the exploration, development, and acquisition of both advanced and early stage mineral projects. The Company owns 100% of three substantial copper and molybdenum projects located in British Columbia.

The Company's flagship project is the Poplar porphyry copper - molybdenum deposit near Houston, BC. The Huckleberry Mine owned by an unrelated third party, and located approximately 35 kilometres southwest of the Poplar Deposit, produces copper and molybdenum from a deposit of similar age and setting. LGM also holds a substantial ground position around the Thompson Creek Mines porphyry molybdenum project. 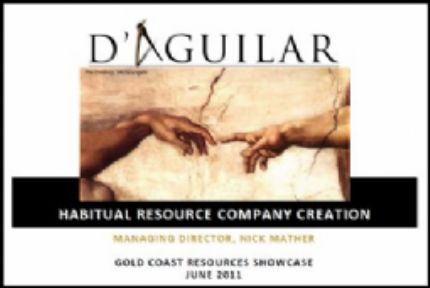