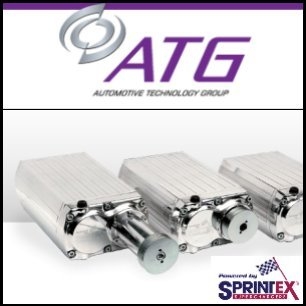 Automotive Technology Group (ASX:ATJ) Looking To Place Final Balance Of Rights Issue
Perth, Dec 15, 2009 AEST (ABN Newswire) - Based in Perth W.A, Automotive Technology Group (ASX:ATJ) is the designer, owner and manufacturer of the patented Sprintex(R) helicoil twin-screw supercharger and has spent 6 years and over A$22 million in R & D. Development of the Sprintex(R) supercharger range is now complete and commercially ready.

The Sprintex(R) Supercharger and Market

Independently tested and proven to be the world's most efficient supercharger negating the need for intercooling giving Sprintex(R) a cost and packaging advantage.

The Sprintex(R) supercharger can attach to any form of combustion engine and results in an engine performing much more efficiently thereby either improving performance in the after market or in the OEM market enabling an OEM to down size engine size resulting in better fuel economy and emissions whilst achieving the performance of a larger engine size.

ATG produces 3 different sized superchargers covering 800cc to 5 litres (200hp to 500hp) and are recognised as being compact for their performance presenting opportunities for a whole range of applications ranging from snow mobiles, jet skis, motorcycles, small cars to large 4 wheel drive applications.

Supercharger production costs have been significantly reduced to a level where they now compete with other superchargers whilst offering better performance.

Turbo chargers have historically been much cheaper than superchargers and accordingly have dominated the forced induction market. However, in order to meet ever more stringent emissions standards and to lessen their inherent disadvantage of 'turbo lag', turbos have become more complicated and hence more expensive and as a result the market share for superchargers is expected to grow proportionally higher than turbo chargers.

Complete development of superchargers and establish distributors for after market sales. Development work has been completed, distributors have been appointed in Europe, Middle East and China and ATG has recently launched in USA with India and South East Asia (Malaysia, Thailand, and Indonesia) targeted for early 2010.

Expand production facility in Perth to 10,000 units to satisfy after market sales for next 18 months. Purchase of additional machinery particularly rotor cutting machine, will result in the expanded facility being completed within 6 months and result in a further significant production cost per unit of the superchargers expanded facility.

To achieve OEM sales, ATG needs to deliver a lower cost unit, below US$400, and be able to produce in much higher volumes. The required pricing levels can be achieved with production volume of 20,000 units plus and ATG is seeking to identify appropriate locations outside of Australia and potential joint venture partners to satisfy this requirement.

ATG has detailed plans for an offshore manufacturing facility with a commencement production capacity of 20,000 units and with stepped up production phases. A 20,000 unit facility would have a capex requirement, excluding land and buildings, of approx A$4 million expanding to 100,000 would require additional capex of A$8 million and to 250,000 units a further estimated A$13 million.

To get Sprintex(R) into the after market, and in front of OEM's, ATG has developed and is developing a number of after market systems over the next four months as detailed in ATG's 2010/11 business plan. ATG's current focus now is to meet various after market system designers who would develop their own systems utilising Sprintex(R) superchargers. Assembly of ATG's own after market systems will be quite labour intensive and ATG is currently looking to site a small assembly facility outside Australia with a planned commencement date of March 2010.

From 2003 to 2009 ATG has incurred losses as all development work has been expensed and the value of development expenditure to date is not reflected in the balance sheet.

ATG expects to be profitable and be cash flow positive in the final quarter of FY 2010 (June 30 Financial Year) based on sales expected to ramp up in FY 2010 and FY 2011. This is based on Perth production for the after market, only, with no OEM and no industrial applications factored in.

ATG's patented Sprintex(R) supercharger range is technically proven and is now in production. Increasingly tougher emissions and fuel economy requirements are driving the market place for superchargers as OEM's are needing to develop more efficient cars with smaller engines to achieve these targets / requirements whilst maintaining performance levels demanded by the consumer.

ATG has a highly experienced and qualified Board of Directors and management team able to deliver on its Business Plan and has the vision to be a pre eminent manufacturer of superchargers to the world market and to challenge Eaton's current dominance of the supercharger market.