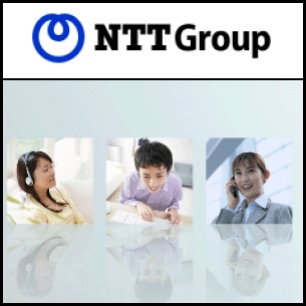 NTT (TYO:9432) to Tap the Chinese Mobile Content Market
Tokyo, Oct 6, 2009 AEST (ABN Newswire) - The launch of 3G service in China has provided good opportunities for global telecom giants, such as Nippon Telegraph and Telephone Corp. (TYO:9432). The Japanese group will tap the China market by cooperating with China Mobile (HKG:0941), the largest cell phone carrier in China, to send Japanese manga in the country.

NTT group unit NTT Solmare Corp will begin to distribute e-comics in Guangdong and Jiangsu provinces as early as next month with the price set at 0.5 yuan per instalment. NTT Solmare, also partnering Tata Teleservices, has launched an e-comics service in India last month.

China is in strongly growing demand for mobile phone content along with the growth in subscribers and the launch of 3G service.

China Unicom (HKG:0762), the country's second largest telecom carrier, has launched its 3G services officially this month and begun selling the iPhone, while its rival China Mobile is still in talks with Apple Inc. (NASDAQ:AAPL) on selling the popular iPhone handsets in the Chinese market.