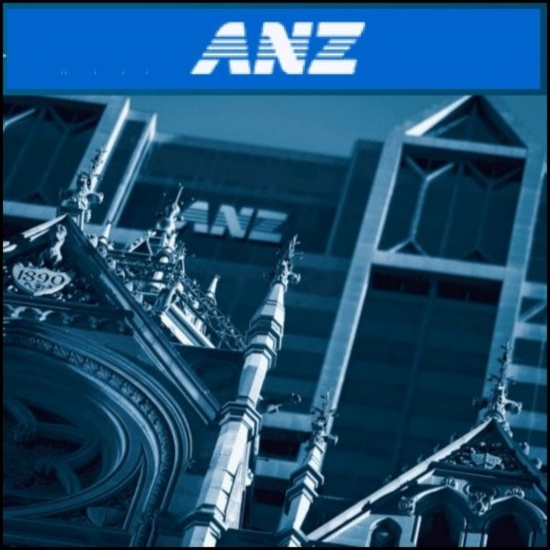 ANZ Banking Group (ASX:ANZ) shares are in a trading halt pending the release of an announcement. Unless ASX decides otherwise, the securities will remain in halt until the earlier of the commencement of normal trading on 29 September, or when the announcement is released.
Sydney, Sep 25, 2009 AEST (ABN Newswire) - Overnight Wall Street was lower for a second consecutive session on a weak home sales report. The National Association of Realtors said sales of existing homes fell 2.7 per cent in August to an annual rate of 5.10 million units, breaking a string of four increases in six months. The surprise drop in home sales raised more concerns over the economy recovery strength.

The Australian sharemarket retreated from its 11-month high on negative overseas leads and lower commodities prices. The benchmark S&P/ASX200 index shed 32.9 points, or 0.69 per cent, at 4701.2, while the broader All Ordinaries lost 33 points, or 0.7 per cent, to 4708.

The Housing Industry Association survey showed that Australia's new home sales soared to a new high in August. The national tally rose sharply despite a sharp fall in sales in NSW. Nationally, new home sales jumped 11.4 per cent in August as first time buyers hurried to the market before government's first home buyer grant boost is reduced at the end of September.

The Reserve Bank of Australia's Financial Stability Review found that conditions for households had recently begun to improve after they suffered a sharp fall in their net worth since 2007. Cuts in interest rates, tax cuts and fiscal stimulus had also helped offset the effect of the economic downturn on wage income.

Ten Network Holdings Limited (ASX:TEN) has been advised that Canwest MediaWorks Ireland Holdings has successfully completed the sell-down of its 50.06% interest in Ten Holdings. Macquarie Capital Advisers Limited underwrote and managed the sale to a broad range of institutional and sophisticated investors at a price of A$1.30 per share.

The Takeovers Panel has order Nicholas Bolton's Australian Style Investments to withdraw its takeover bid for the Multiplex Prime Property Fund (ASX:MAFCA), saying that the A$700,000 bid was launched in unacceptable circumstances. Trust manager Brookfield Multiplex had complained that the bidder's statement contained inadequate disclosure.

Emeco (ASX:EHL) received an unsolicited, indicative non-binding proposal to acquire 100% of the company from a financial investment firm in August. Emeco said it received a letter from firm advising that its offer had been withdraw after discussions between the two parties did not result in a credible offer.

Fashion retailer Oroton Group (ASX:ORL) posted a 16.1 per cent rise in full-year profit after it increased the number of its stores during the economic slowdown. Net profit rose to A$19.4 million for the year to July 25, compared with $16.7 million in the prior corresponding period. Four new stores are planned for Oroton in FY10 as well as a continuation of the store refurbishment program commenced in FY08.

AWB Limited (ASX:AWB) today announced the successful completion of the institutional placement and the institutional component of its accelerated non-renounceable pro-rata entitlement offer. The institutional offer was significantly oversubscribed with a total of A$220 million has been raised, the company said.

ANZ Banking Group (ASX:ANZ) shares are in a trading halt pending the release of an announcement. Unless ASX decides otherwise, the securities will remain in halt until the earlier of the commencement of normal trading on 29 September, or when the announcement is released.