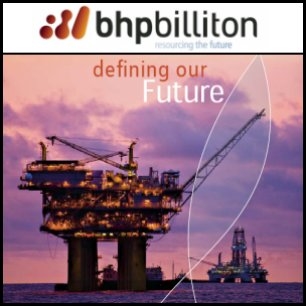 BHP Billiton (ASX:BHP) said its Shenzi field in the Gulf of Mexico has now exceeded the facility nominal capacity of 100,000 barrels of oil per day. The facility has achieved sustained rates of 120,000 barrels of oil per day.
Sydney, Sep 10, 2009 AEST (ABN Newswire) - Overnight US stocks rose for a fourth consecutive session led by industrial stocks. But market sentiment were dented after Federal Reserve report showed that consumer spending was still soft and retail sales were flat. The report also said labour market conditions remained weak across all districts.

The Australian shares closed flat yesterday as the disappointing retail sales data pared some early gains. The benchmark S&P/ASX200 index fell 1.6 points, or 0.04 per cent, to 4522.2, while the broader All Ordinaries lost 0.7 points to 4527.1.

The Australian Bureau of Statistics (ABS) said the number of home loan approvals for owner-occupied housing fell by 2 per cent in July, seasonally adjusted, to 63,259. The fall in loan approvals was the first monthly decline since September 2008.

The Westpac-Melbourne Institute consumer sentiment index rose from 113.4 points in August to 119.3 points in September. The index has risen 34.4 per cent in the last four months.

ABB Grain (ASX:ABB) shareholders have overwhelmingly backed the A$1.6 billion takeover by Canada's Viterra (TSE:VT). Shareholders voted 85 per cent in favour of the merger, which will create one the largest one of the world's largest exporters of wheat, canola and barley, with a 37 per cent market share in the three grains. The combination of the two companies is also expected to bring a further consolidation of the Australian agricultural industry.

Carsales.com (ASX:CRZ) is scheduled to list on ASX today. The A$812 million listing of the online car classifieds company after it completed its initial public offering, with 46.39 million existing shares and 350,000 new shares sold at $3.50 per share, raising A$163.6 million.

Gindalbie Metal Ltd (ASX:GBG) said net profit ending June 30, 2009 for the consolidated entity was $A26.22 million compared to A$44.52 million in the previous year. Most of Gindalbie's income of A$33.45 million during the year came from the cash paid by AnSteel for its stake in Karara and Gindalbie. There was no dividend paid.

Ansell (ASX:ANN) chief executive Doug Tough will resign and the company had considered internal candidates for the position of CEO. Ansell had also engaged Spencer Stuart to undertake a comprehensive international search for candidates, including internal candidates.