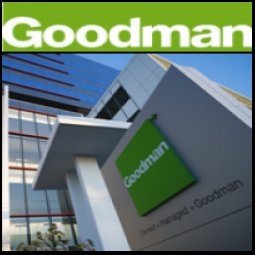 Goodman Group (ASX:GMG) entered a trading halt yesterday as the group aims to raise A$1.3 billion in a one-for-one entitlement issue to institutional investors and A$500 million in preference shares to the Chinese Investment Corporation, China's sovereign wealth fund. It is expected to announce that its lenders have agreed to extend some A$4 billion of debt beyond 2012.
Sydney, Aug 6, 2009 AEST (ABN Newswire) - US Stocks declined on Wednesday on a weak sales outlook from P & G and concerns over the service and labour sectors. Economic data showed an unexpected fall in activity in the service sector and larger-than-expected losses of private sector jobs.
Financials and resources sent the Australian shares lower yesterday. Investors took a breather after weeks of rallies while the market is awaiting Australia listed companies' earnings reports. The benchmark S&P/ASX 200 slumped 44.8 points, or 1 per cent, at 4264.5, while the broader All Ordinaries lost 41.7 points, or 1 per cent, down at 4272.2.

Australia registered a seasonally adjusted trade deficit of A$441 million in June, a A$296 million, or 40%, reduction from a revised A$737 million deficit in May, according to the Australian Bureau of Statistics. The June outcome was better than the market expectation of a deficit of around A$800 million.

The Australian Bureau of Statistics will release its labour force data for July.

Robert Bosch Investment Nederland BV has acquired a relevant interest in approximately 91% of Pacifica Group's (ASX:PBB) share capital. In addition, Bosch has declared its offer unconditional and will be proceeding to compulsorily acquire the remaining Pacifica shares.

Tabcorp Holdings (ASX:TAH) said its net profit was A$521.7 million for the 12 months to June 30, compared with a loss of A$164.6 million in 2007/08 due to an assets write-off related to its Victorian gaming licenses. But the gambling company says economic conditions will remain challenging while absorbing higher taxes and fees.

News Corporation (ASX:NWS) has posted a $US3.4 billion loss on writedowns and plunging advertising revenue. But chairman and chief executive Rupert Murdoch said News Corporation was poised to return to profit as the global economy rebounds. The media giant expects its operating income to increase by a high single-digit percentage rate in 2009/10.

Goodman Group (ASX:GMG) entered a trading halt yesterday as the group aims to raise A$1.3 billion in a one-for-one entitlement issue to institutional investors and A$500 million in preference shares to the Chinese Investment Corporation, China's sovereign wealth fund. It is expected to announce that its lenders have agreed to extend some A$4 billion of debt beyond 2012.

The GPT Group (ASX:GPT) announced a refined strategic direction for the diversified property group. The strategy focuses on the active ownership of high quality Australian retail, office and industrial assets, supported by the group's development and management capabilities and skills. GPT said it will ultimately focus totally on Australian assets, with all overseas and non-core investments exited over time.

Alumina (ASX:AWC) reported a first-half net profit of A$6 million, down 86 per cent from last year as lower aluminum prices hit margins. The company posted an underlying loss of A$15 million, compared to underlying earnings of A$152 million last year. The company remains cautious about the outlook for aluminum demand, but says there is evidence that customer destocking is slowing and early positive signs of economic recovery in some key markets.

Commonwealth Bank (ASX:CBA) has followed two of its major rivals by announcing a series of cuts to the penalty fees it charges customers. Overdraft fees will be reduced from A$30 to A$10 whilst dishonour charges on both business and personal transaction accounts will fall from A$35 to A$5 and late payments fees was down from A$45 to A$25.