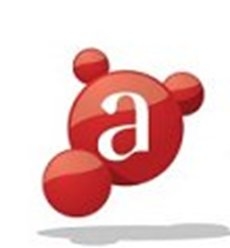 Atomic Resources Ltd (ASX:ATQ) has, through the mutual consent of its JV partner International Gold Mining Ltd, agreed to take over all uranium exploration responsibilities on five granted tenements totalling 846 sq km in southern and eastern Tanzania.
Sydney, June 17, 2009 AEST (ABN Newswire) - US stocks ended lower overnight as investors realized that an imminent economy rebound was overstated. A worse than expected report on industrial production and US electronics retailer Best Buy's weak sales in its first quarter weighed on the stocks market. US President Barack Obama also said the US unemployment rate will reach 10 per cent this year.

The Australian share market on Tuesday fell for a second session dragged by lower commodities prices. The benchmark S&P/ASX200 index finished 69.2 points, or 1.72 per cent lower, at 3962.5 while the broader All Ordinaries index plunged 72.5 points, or 1.8 per cent, to 3,957.9 points.

The Reserve Bank of Australia's minutes of June meeting said there was "no pressing case" for an interest rate cut. The RBA left the cash rate on hold for the second consecutive months at three per cent in June. The central bank may leave official interest rates unchanged for the foreseeable future amid signs of an improving global outlook.

The Australian Bureau of Statistics Wednesday releases dwelling unit commencement data for the March quarter. The Westpac-Melbourne Institute Indices of Economic Activity for April are also due.

The Australian Competition and Consumer Commission said it will not oppose Woolworths Limited's (ASX:WOW) proposed acquisition of organic supermarket operator Macro Life. Woolworths will convert the eight sites acquired into its Thomas Dux Grocer store format.
The Canada Pension Plan Investment Board (CPPIB) has raised its A$1.37 billion offer for Macquarie Communications Infrastructure Group (ASX:MCG) by A$247 million. MCG shareholders Lazard Asset Management and Tyndall Investment Management, which threatened to block the acquisition unless CPPIB lifted its bid, have agreed to the new offer.

CSR Ltd (ASX:CSR) said it was in the final stages of due diligence for the proposal to demerge its sugar and renewable energy business while retaining its building products, aluminium and property business, creating two separate listings on the Australian Securities Exchange.

Surfwear retailer Billabong International (ASX:BBG) will cut its debt and improve its working capital position after raising A$291 million from institutions and retail investors in a rights issue.

Asciano Group (ASX:AIO) said in a statement that it has increased the total size of its capital raising to A$2.35 billion. Asciano said it has received a total commitment of A$1.92 billion from institutional investors.

National retailer Myer (ASX:MYF) said it expects sales for the second half of the year to be down 1% from a year ago. Myer said losses have been less than expected, with first-half sales down 3.7%, compared with previous guidance of a 5% decline in sales from a year ago. Myer expects full-year earnings before interest and tax, net profit after tax and per-share earnings for the full year to grow by the mid- to high-single digits in percentage terms compared to the prior year.